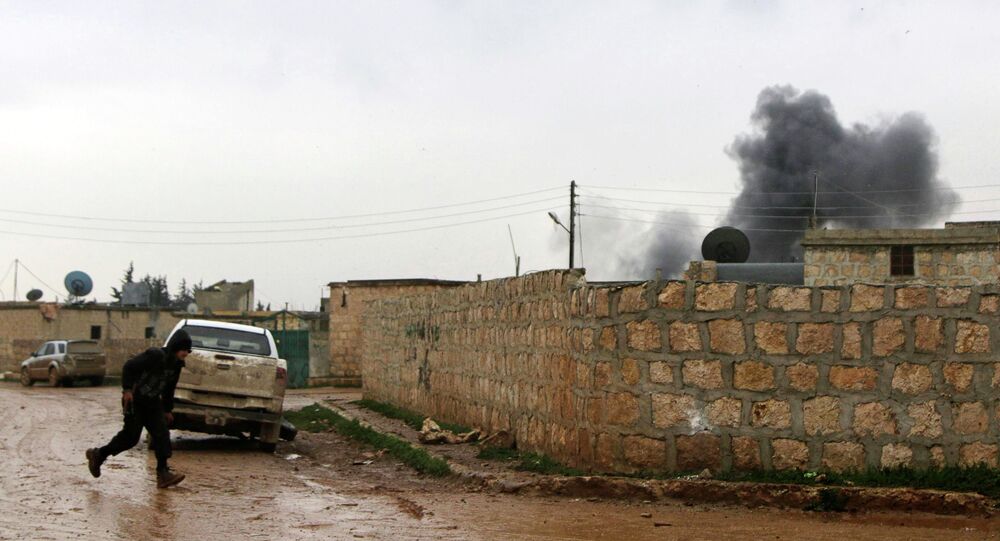 UN Chief Calls on All Parties to Stop Shelling of Aleppo

Ban Ki-moon urged armed opposition groups to stop their attacks on the Syrian city of Aleppo.

© REUTERS / Mahmoud Hebbo
Syria Willing to Halt Bombing of Aleppo for Six Weeks
MOSCOW (Sputnik) — UN Secretary-General Ban Ki-moon took note of his envoy Staffan de Mistura's statement that Syria's government is willing to stop all aerial attacks and artillery shelling over Aleppo for six weeks and urged all armed opposition groups to suspend their shelling of the city.

"The Secretary-General appeals to all parties to de-escalate the conflict in order to provide a reprieve for the long-suffering civilians of Syria. An immediate de-escalation is a much needed step towards a political solution to the conflict," the UN said in a statement published Friday on its website.

Security Council resolution 2139 called for an end to the indiscriminate employment of weapons in populated areas in Syria, including shelling and aerial bombardment, the organization added. The Secretary-General expects the Syrian Government to follow through on its commitment.

© REUTERS / Lucas Jackson
UN Envoy to Syria Lays Out Plan to Curb Violence in Aleppo
There is no military solution to this political conflict, Ban Ki-moon stressed. Ending the killing, reversing the increasing fragmentation of Syria requires a political process, based on the full implementation of the Geneva Communique of 2012, which addresses the deep roots of the conflict and meets the aspirations of all Syrians.

De Mistura officially put forward an initiative on a ceasefire in Syria's Aleppo during his visit to Damascus in November 2014, in the course of talks with Syrian President Bashar Assad.

© REUTERS / Mahmoud Hebbo
Shelling of Residential Areas in Syria's Aleppo Kills More Than 17 Civilians: Reports
Aleppo, Syria's largest city in the country, has been the scene of intense fighting since 2012, as rebel forces launched an armed campaign against government troops in an attempt to seize control over northern Syria.

The last four years of civil war in Syria have led to the deaths of over 200,000 civilians, according to UN estimates. It is the greatest refugee crisis of modern times and an environment in which extremist groups and terrorist organizations such as Islamic State flourish, the statement concluded.