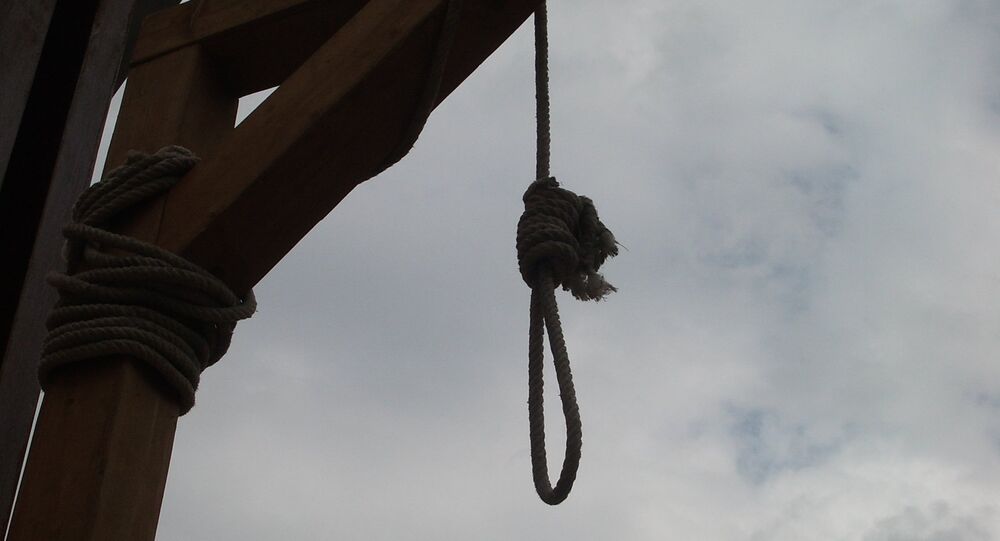 Iran executed Saman Naseem, a young Kurdish man, convicted after he was caught fighting against the Iranian Revolutionary Guards on the side of a terrorist organization.

Young Iranian Kurd Saman Naseem, convicted after taking part in a clash against the Iranian Revolutionary Guards, was executed on Thursday, despite a widespread international campaign aimed at saving his life, France24 reports.

© Flickr / Jo Christian Oterhals
Wyoming Considers Firing Squads for Executions
The family of Naseem, who was reportedly told to remain silent about the execution, was contacted by the Iranian authorities on Thursday afternoon to come and pick up Saman’s personal belongings, according to the International Federation for Human Rights (FIDH).

The international community mobilized because Naseem was 17 years of age at the time when he committed the crime five years ago. A number of countries urged Iran not to execute the young man, pointing out the fact that Tehran signed the UN Convention on the Rights of Children that prohibits the death sentences for minors.

© AP Photo / Saudi Press Agency
Fifth Man Beheaded in Seven Days as Saudi Execution Spree Continues
However, although Naseem was 17 years of age when arrested fighting on the side of Kurdish militant organization PJAK, the Iranian court decided that he could be tried as an adult, considering the seriousness of his crime. Iran is not the only country, where minors are put to death. In the United States, 22 people have been executed for crimes committed when there were juveniles since 1976.
...
Reddit
Google+
Blogger
Pinterest
StumbleUpon
Telegram
WhatsApp
43