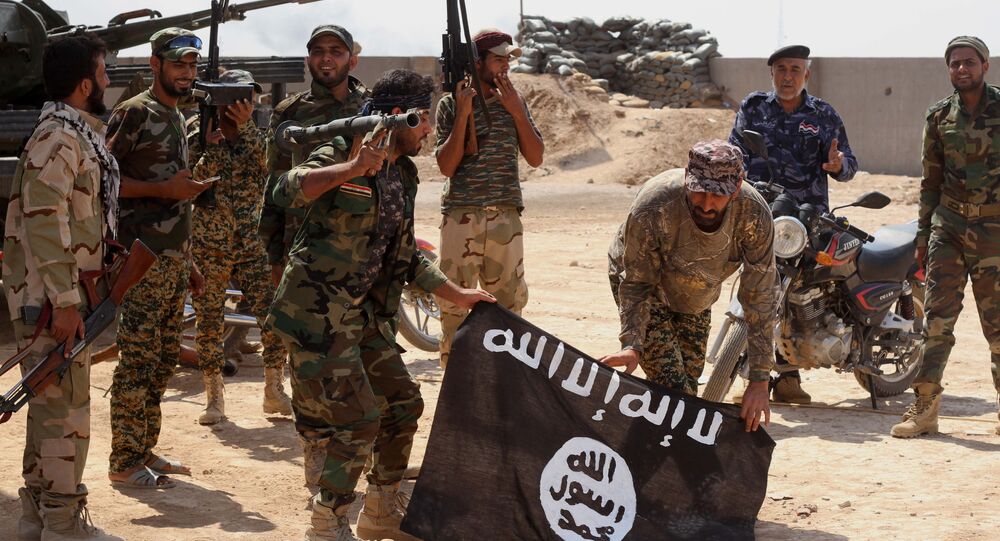 The city of Mosul in northern Iraq was captured by ISIL militants in June 2014, with an estimated 1,000 to 2,000 extremists currently controlling the group's stronghold.

© REUTERS / Azad Lashkari
Coalition Task Force Assists Kurdish Forces as They Push ISIL Near Mosul, Iraq
MOSCOW (Sputnik) – Iraqi and Kurdish troops are expected to launch an assault against Islamic State militants to retake control over Iraqi city of Mosul in April or May, a US Central Command official declared at a press briefing.

The United States will train and equip Iraqi forces to fight Islamists, assisting them with logistics, air support and intelligence, the official from the US Central Command said on Thursday.

"The preparation for the forces that will participate in Mosul is ongoing right now. And the mark on the wall that we are still shooting for is the April-May timeframe," the official said.

The official added that main attack force would include five Iraqi brigades, with some 2,000 troops in each. Three brigades of Kurdish troops are expected to join the campaign in the north. The operation will also involve three reserve Iraqi brigades, as well as a force composed of former Mosul police and tribal members.

Do you agree with King Abdullah of Jordan who called the ISIL threat a ‘third world war’?
Voted: 1023
All polls
The total force would have strength of between 20,000 to 25,000 troops, the official said.

He added that the US-led coalition air campaign had had "great effects." He admitted that the phase of routing the extremist group would take time, but claimed that militarily, ISIL was "in decline."

The city of Mosul in northern Iraq was captured by ISIL militants in June 2014, with an estimated 1,000 to 2,000 extremists currently controlling the group's stronghold.

On Monday, Iraqi Prime Minister Haider Abadi told the BBC that he hoped Mosul would be liberated within several months. Abadi also welcomed the fact that the US-led air coalition had gained intensity in recent weeks.

Islamic State, a Sunni extremist group known for its brutal tactics, conquered large swathes of Syria and Iraq in 2014. A US-led international coalition, which comprises over 60 countries, has conducted airstrikes against the militants' targets in both countries.

Earlier on Thursday, Turkish media, citing country's intelligence agency, reported that the extremists had infiltrated Turkey and planned to stage attacks on diplomatic missions in Ankara and Istanbul.

Turkey Deports Over 1,000 Foreigners Suspected of Joining ISIL in 2015