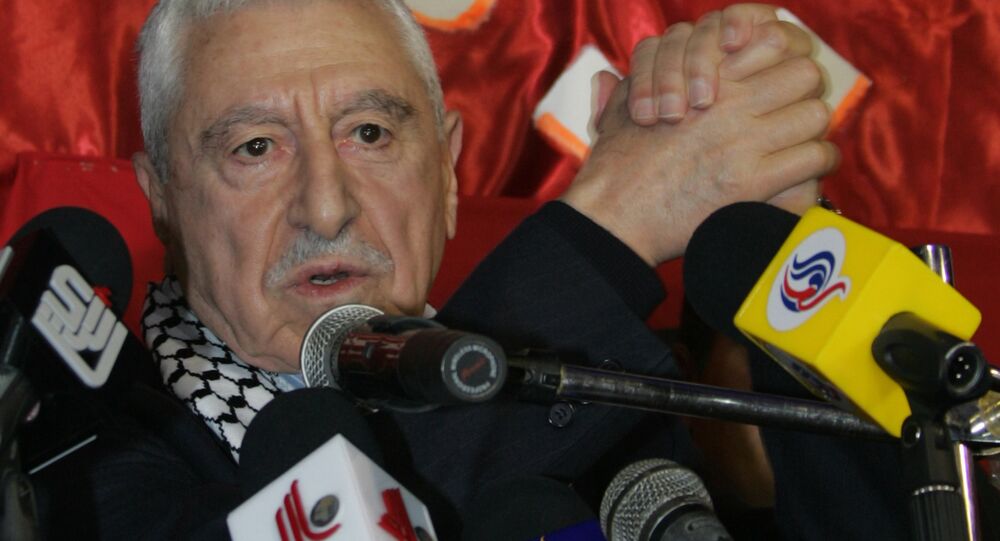 Nayef Hawatmeh, the leader of the Democratic Front for the Liberation of Palestine, said that Palestinian aim is to provide direct talks between Palestine and Israel under the guidance of the UN Security Council five permanent members.

© AP Photo / Frank Franklin II
UNSC to Vote on Palestinian Resolution After Israeli Elections
MOSCOW (Sputnik) — The Palestinian Authority insists on direct talks with Israel under the guidance of the UN Security Council permanent members, the leader of the Democratic Front for the Liberation of Palestine said Wednesday.

"This is what we aim for and what we will fight for. These will be direct talks between Palestine and Israel under the guidance of the UN Security Council five permanent members," Nayef Hawatmeh told RIA Novosti.

However, he added that Israel does not agree with such talks, while the United States wants to fully control the negotiation process.

© AP Photo / TT/ Fredrik Sandberg
Palestinians Open First Embassy in Western Europe
"The Middle East Quartet reached 'clinical death', and the US administration led these talks individually, and, obviously, they had a biased position, protecting the Israeli stance, which, as we know, does not respect the international community's decisions. As a result, direct talks have been held for 21 years, and now they are at a deadlock," Hawatmeh said.

The Middle East Quartet comprises Russia, the United States, the European Union and the United Nations.

Hawatmeh added that it is necessary to start the negotiations based on international law.

Palestinians seek the creation of an independent state on the territories of the West Bank and East Jerusalem, partially occupied by Israel, as well as the Gaza Strip.

War, Peace and a Two-State Solution: UK View on Israel and Palestine