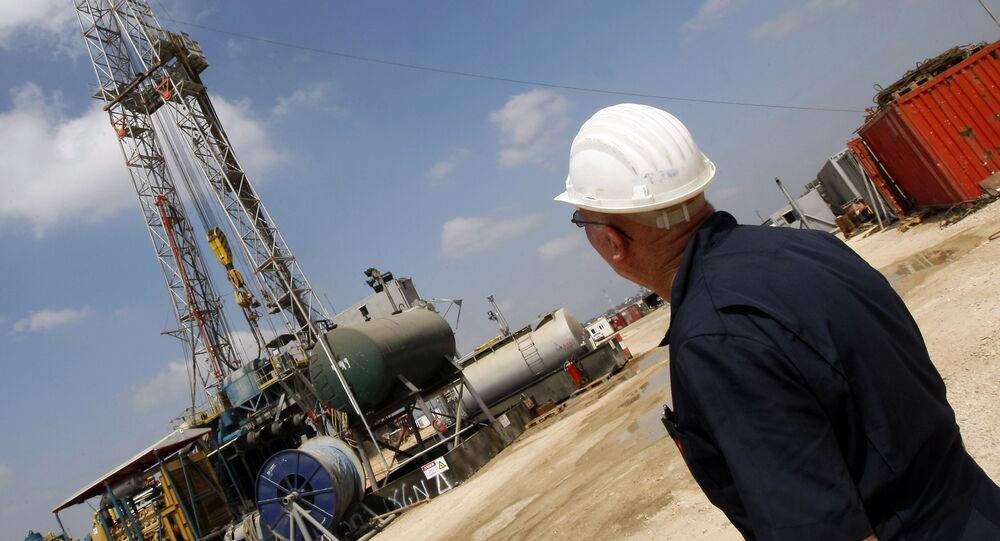 "We are exploring an important potential natural resource that could lead to energy independence for Israel and provide a source of long term employment and prosperity," the company's CEO Howard Jonas was quoted as saying in a statement published on Tuesday.

Israel granted Afek Oil & Gas, a subsidiary of Genie Energy, a petroleum exploratory license covering 396.5 square kilometers (153.09 square miles) in the southern Golan Heights back in 2013. Afek's three-year project involves the use of up to 10 wells.

Hundreds of locals and representatives of environmental groups protested outside Afek's facility in the region on Tuesday, according to the Jerusalem Post.

The Golan Heights, internationally recognized as occupied Syrian land, was seized by Israel during the Six-Day War in 1967. In 1981, the Israeli parliament voted to annex the region.

Discoveries of Oil, Gas Reserves in 2014 Lowest in 20 Years – Study