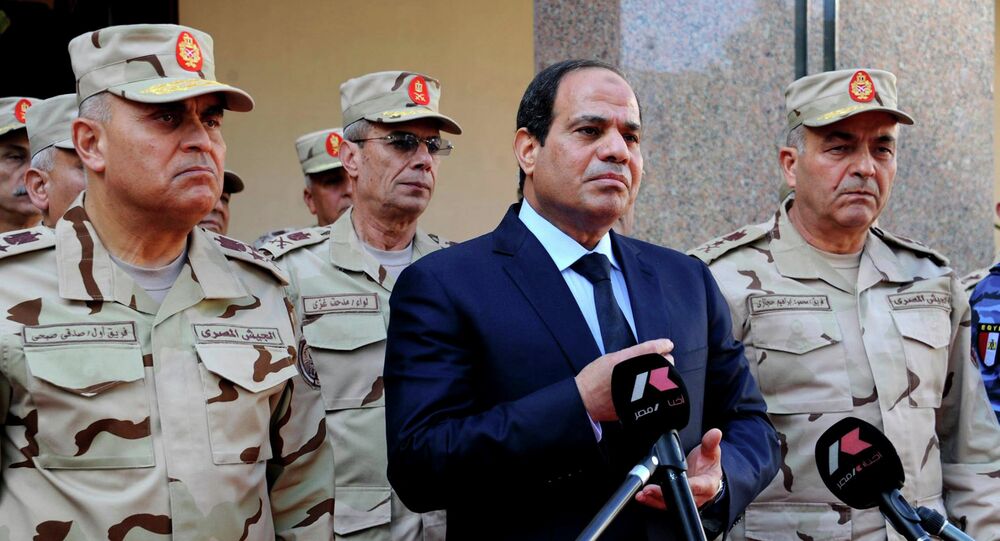 Egyptian President Abdel Fattah Al-Sisi has urged the United Nations to draft a resolution mandating that an international coalition intervene in Libya.

Egypt Consults UK Over Actions Against ISIL in Libya - UK Spokeswoman
Egypt's President Abdel Fattah Al-Sisi is asking the United Nations for a resolution which would mandate that an international coalition intervene in Libya, media reports said.

In an interview with France's Europe 1 radio on Tuesday, he said that "there is no other choice, taking into account the agreement of the Libyan people and government and that they call on us to act."

He spoke two days after Islamic State militants released a video purportedly showing the beheading of 21 Egyptian Christians in Libya.

On Monday, Egypt bombed Islamic State targets in Libya, urging the United States and Europe to take part in an international coalition in the North African state.

"What is happening in Libya is a threat to international peace and security," President Sisi said on Monday.

Egypt's military said, for their part, that Islamic State training camps were targeted "to avenge the bloodshed and to seek retribution from the killers."

The 2011 Libyan war saw a multinational intervention in the country, in an operation that was not UN-sanctioned.