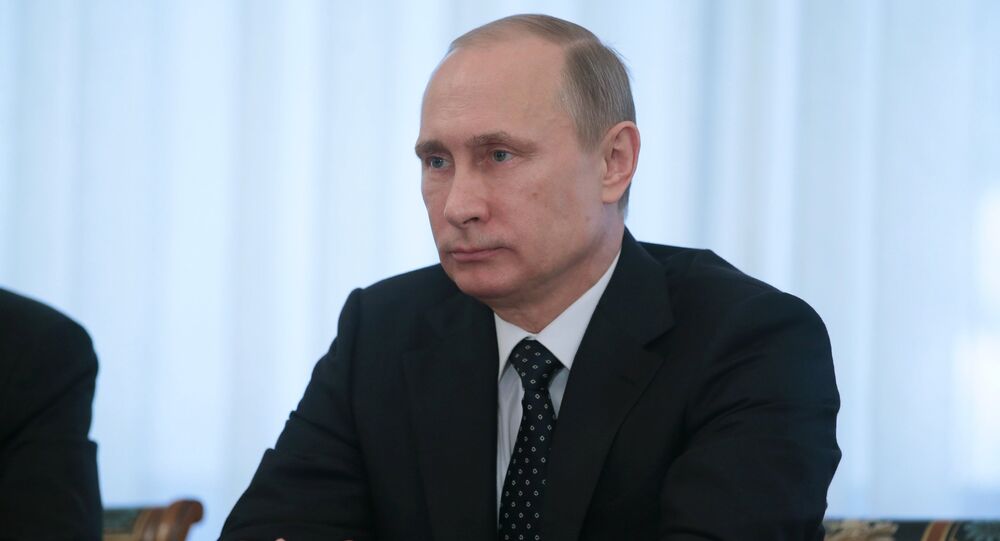 Russian President Vladimir Putin offered his condolences to his Egyptian counterpart Abdel Fattah Sisi over the recent execution of 21 Egyptian Christian Copts by Islamic State militants and expressed "readiness for closest cooperation possible in the fight against all aspects of the terrorism threat."

The Russian leader offered his condolences over the recent execution of 21 Egyptian Christian Copts by Islamic State (IS) militants. The video of the beheading was published Sunday.

“The president of Russia reiterated that the Russian side is ready for closest cooperation possible in the fight against all aspects of the terrorism threat,” the Kremlin press service said in a statement.

© AFP 2021 / POOL / WU HONG
Russia Ready to Combat ISIL
After the video publication, Egypt and Libya conducted a series of joint airstrikes on the IS positions in Libya, killing between 40 and 50 militants.

The Islamic State is a jihadist group notorious for its human rights abuses, multiple kidnappings and killings. In 2014, it took vast territories in Iraq and Syria under its control and proclaimed an Islamic caliphate. The group’s affiliates also operate in North Africa.