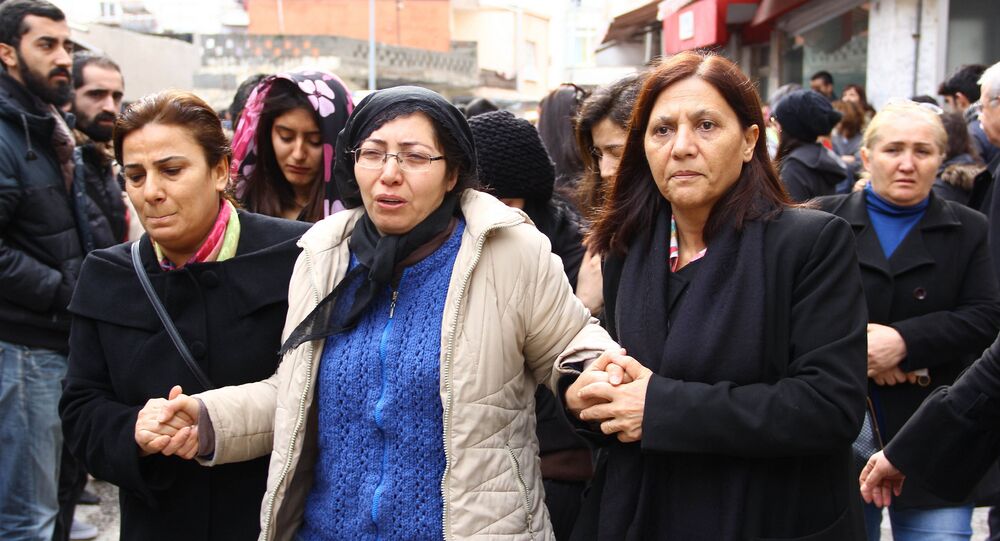 A major and impromptu demonstration filled the streets of Mersin, Turkey, the hometown of a college student who was murdered after she fought back against a rape attempt.

Özgecan Aslan was traveling by minibus when the driver took her to a remote location and tried to rape her. She fought back with pepper spray and the driver allegedly stabbed her several times in the struggle. Her body was found on Friday two days after she was reported missing.

In #Turkey, the rape and murder of #OzgecanAslan sparks mass demonstrations against violence to women. #Istanbul pic.twitter.com/hJ7xEmTyCQ

Hundreds of women attended Aslan's funeral Saturday, occupying the front of the room in defiance of the imam. Later, they joined together on the streets to protest the culture of violence against women and demanded Family and Social Policies Minister Aysenur Islam to step down chanting "You will never walk alone."

Women&men gather in Taksim to protest murder of 20 yr old #ÖzgecanAslan. She was stabbed, her body was burnt #Turkey pic.twitter.com/0wAY7olJ1r

Critics say that President Tayyip Erdogan has not gone far enough in clamping down on violence against women in the country and some say his patriarchal views actually encourage it. A September Human Rights Watch report noted there appears to be "a pattern of impunity for violence against women."

She was raped then killed by three men and still nobody knows why! Where is the humanity? RIP #ozgecanaslan���� pic.twitter.com/tRDcJLiDC8