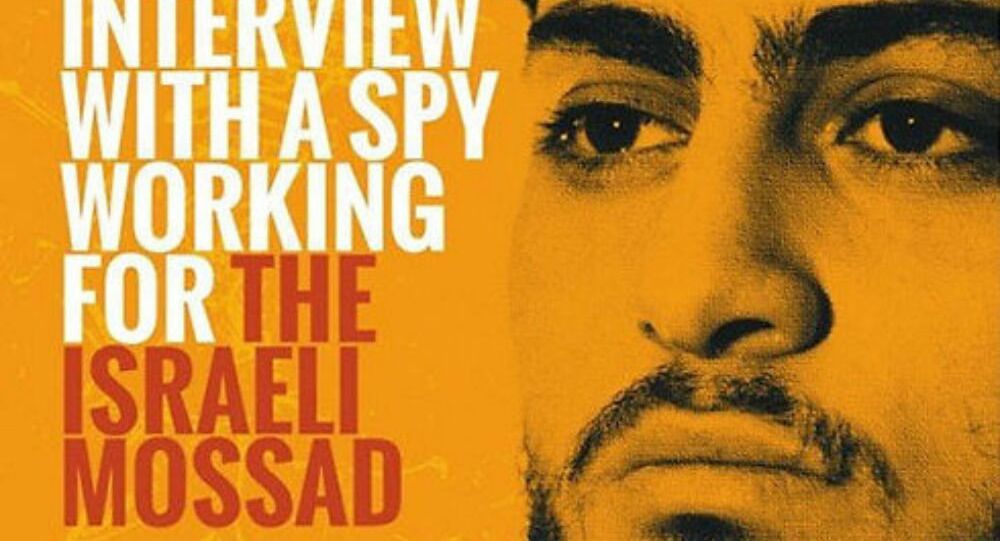 In a bizarre interview posted through its online propaganda magazine, the terrorist group claimed to have captured a 19-year-old Israeli Mossad spy. While the young man tells a potentially coerced – potentially fabricated – tale worthy of a Graham Greene novel, his father now denies those claims.

On Thursday, the self-proclaimed Islamic State terrorist group released an interview with one of their own captives through its online magazine, Dabiq. “Interview with a Spy Working for the Israeli Mossad,” the title reads, next to a photo of the alleged spy.

The boy’s father recognized this photo as his son.

“My son is innocent, IS accused him of working for Mossad because he tried to run away,” Said Musallam told the AFP.

© REUTERS / AMMAR AWAD
Said Musallam, whose son, Muhammad, is being held by Islamic State in Syria as an alleged spy, holds his photograph in his East Jerusalem home.

While Said insists that his son, Mohammed Said Ismail Musallam, was never working for Mossad, he does confirm other elements of the story. He says Musallam did, in fact, leave Israel for Turkey, and from there crossed over into Syria.

A spokesman for Israeli intelligence agency Shin Bet told AFP a similar report, that Musallam left Israel on October 24 “on his own initiative,” and not under any kind of secret directive.

While the father confirms that his son traveled to Syria, he says that the intention was not to spy on the Islamic State, but to join them. He tells the AFP that his son left his job in the fire department to join the jihadist group in Syria.

The last time they spoke was by phone while Musallam was in Raqa, self-proclaimed capital of the Islamic State.

“The next day I tried to call him and the telephone was turned off,” Said told the newspaper Haaretz. “I thought that maybe he was busy. After a week we got an email that he wanted to be a martyr and he was giving up everything in his life and his family. My children told me that he was in Syria and I believed it.”

Said also says that at one point his son got in contact with him and asked his father to send money. Said mailed $200 to an address in Egypt provided by his son.

The Dabiq interview claims that Musallam was recruited into Israeli intelligence by a neighbor in Neve Yaakov, a Jewish settlement in East Jerusalem. The magazine claims that Musallam’s cover was blown after he began behaving strangely and refusing to accept orders from an Islamic State officer.

Said says his son left home to join the terrorist group three months ago, while the alleged story in Dabiq recount a life in intelligence which must have stretched back considerably further than that.