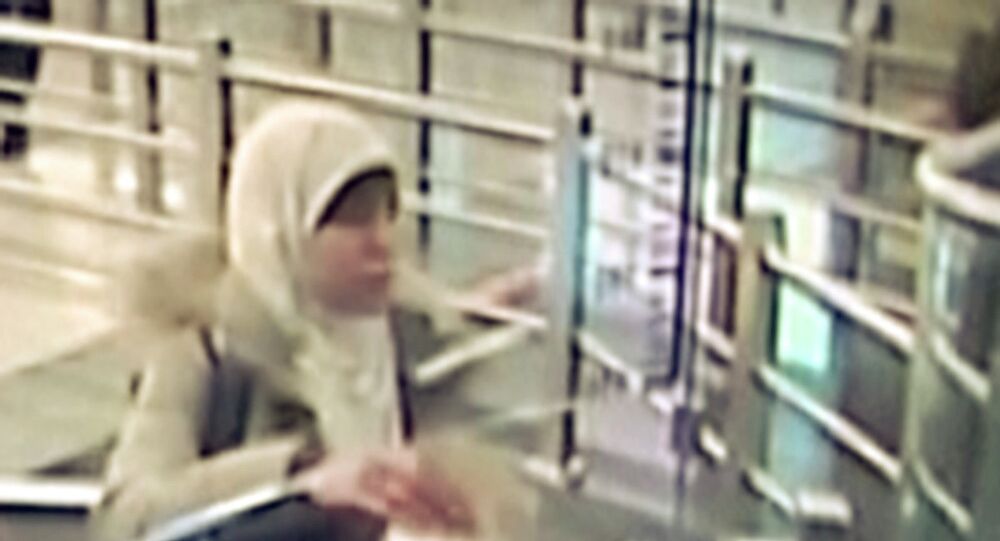 She said she "felt good" to be on ISIL soil.

Though the publication's authenticity could not be independently verified, the cable network cited terrorism expert Jean-Charles Brisard as confirming the magazine appears to be an official ISIL publication.

© REUTERS / Social Media via Reuters TV
Mali Refuses to Accept Amedi Coulibaly's Corpse From France
Boumeddiene, 26, is currently being sought by French police for assisting terrorists. Her husband Amedy Coulibaly, was the terrorist killed by police at a kosher food shop in Paris on January 9 after shooting four people dead. The day before the attack, Coulibaly, who pledged allegiance to ISIL, killed a police officer in a Parisian suburb. The man is also reported to have had links with the two gunmen responsible for a massacre at the office of satirical magazine Charlie Hebdo.

A week after the Paris attacks, Turkish authorities confirmed that the woman crossed the Syrian border on January 8.

The ISIL is a jihadist group that has captured substantial parts of Iraq and Syria in 2014, proclaiming Islamic caliphate in the areas under its control.