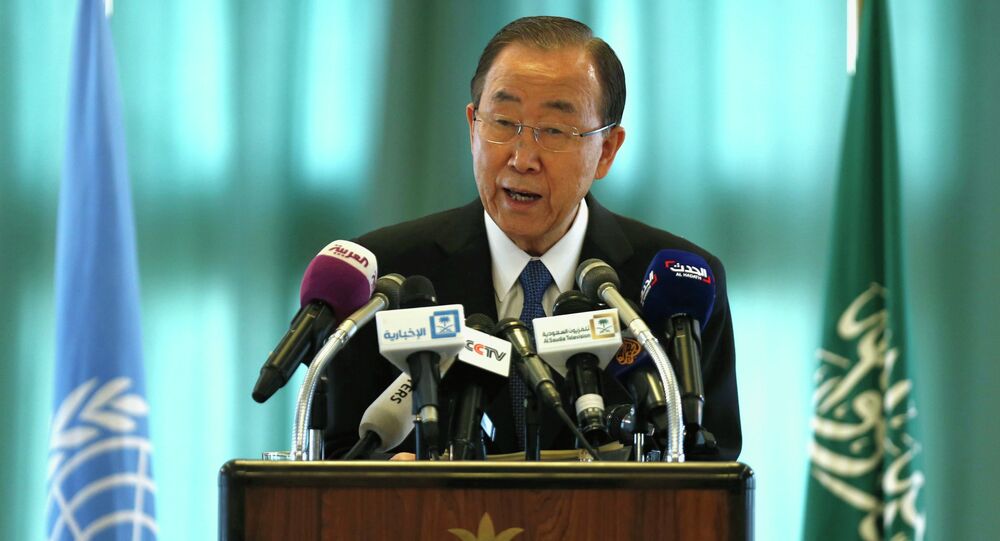 A wave of international condemnation is rising as the UN chief called for the overthrown president to be reinstalled while the Arab League head denounced the events as a coup.

"The situation is very, very seriously deteriorating, with the Houthis taking power and making this government vacuum," Ban told reporters after talks with Saudi Arabia's King Salman. "There must be restoration of legitimacy of President Hadi."

Meanwhile, Arab League chief Nabil al-Arabi denounced the Houthi takeover of the Yemeni government as a "coup against constitutional legitimacy to impose that group’s will at gunpoint."

On Saturday, Arabian Peninsula's Sunni Muslim monarchies, united as the Gulf Cooperation Council (GCC), denounced the Houthi takeover of Yemen' government as a "coup," pledging to take all necessary measures to defend their interests, according to AFP.

© Wikipedia /
Yemen: The Saudi Coup That Totally Backfired
The Houthis, also known by their official name, Ansar Allah (Supporters of God), are a Shia group operating in northern Yemen since 1994. In 2004, the group began an armed struggle after the government attempted to arrest the movement's then-leader, the late Hussein Badreddin al-Houthi, the current leader Abdul-Malik al-Houthi's brother.

Yemen's most recent anti-government protests began in mid-August 2014, and transitioned into armed clashes with security forces by mid-September. In January 2015, after Shia militias took over Yemen's capital Sanaa, President al-Hadi negotiated a power-sharing agreement with the opposition and announced his resignation on January 22. However, by January 25 al-Hadi withdrew his resignation, prompting an ultimatum to resign by the Houthis, which expired on Wednesday, with the militia taking over the government on Thursday.