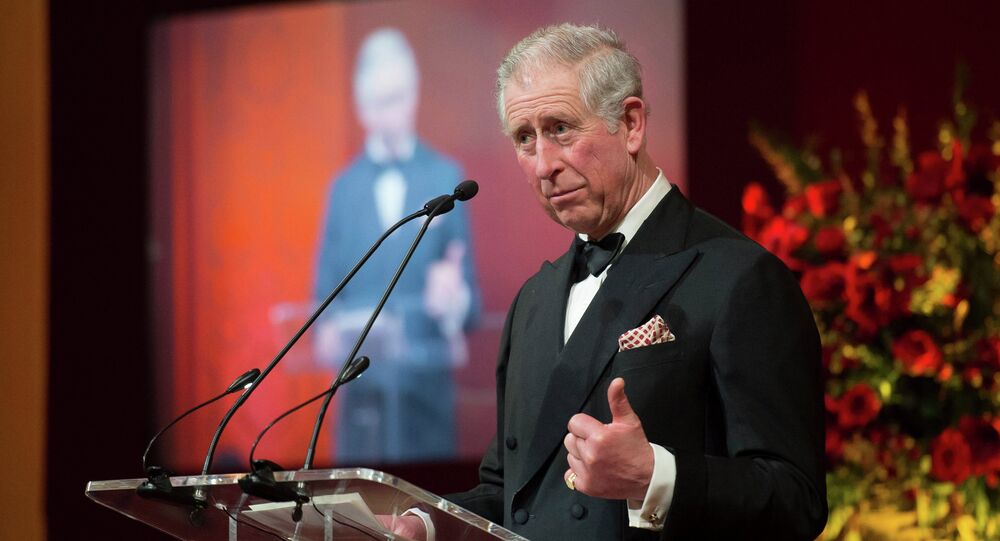 The heir to the British throne expresses fear for the fate of Christians in the Middle East, and his disquiet about the radicalization of youth in the UK.

© REUTERS / Petra News Agency
UAE Sends F-16 Squadron to Jordan to Wage Air Campaign Against ISIL
Prince Charles has described the radicalization of youth in the UK as "one of the greatest worries" facing society, according to the media, while also expressing his fear that Christians will be driven out of the Middle East completely.

"The extent to which this has happened is the alarming part, and particularly in a country like ours, the values we hold dear, you would think the people who have come here, or were born here and go to school here, would imbibe those values and outlooks," said the Prince in a recorded interview.

"The frightening part is that people can be radicalized either through contact with somebody else, or through the internet. I suppose to a certain extent, some aspect of this radicalization is a search for adventure and excitement at a particular age."

The Prince is currently in Jordan, on a six-day tour of the Middle East, which began with a visit to Amman where he met with a group of Christians who had been driven from their homes in Syria and northern Iraq by the expansion of the Islamic State. In the recording, broadcast on Sunday, the Prince expressed his concerns regarding religious persecution of Christians in the Middle East.

"I know from talking to these congregations that of course many of them are so fearful now, they're never going back. There is a danger that there will be very very few left."

© REUTERS / Yaser Hasan
Children in Syria, Iraq Tortured by Extremist Groups, Used in Warfare
Upon being asked by his interviewer if he is concerned that there might be a time when there are no Christians left in the Middle East, the Prince replied, "I think that's a real worry, because the numbers have gone so dramatically down, and now with what has happened in Mosul and other centers, where there were a lot of Christians, there's very few left."

"I think the secret is we have to work harder to build bridges… despite the setbacks and despite the discouragement to try and build bridges and to show justice and kindness to people," remarked the Prince, who in the interview also detailed initiatives taken by his Prince's Trust charity to that end, including mentoring programs for young people from members of the British Asian community.

The Prince is due on Sunday to hold talks with King Abdullah II of Jordan, who last week AFP reported declared the intention of his country and its army to mount a "severe response" to the murder of Jordanian fighter pilot Muath al-Kaseasbeh by the Islamic State, which released a video of the captured pilot being burnt alive.

Upon leaving Jordan Charles will continue his tour of the Middle East, visiting Kuwait, Saudi Arabia and Qatar. The Prince, whose role in public life is supposed to be non-political, has been called on to raise the issue of human rights abuses when he meets with Saudi Arabia's new King Salman, after news that Saudi Arabian blogger and activist Raif Badawi had been sentenced to ten years in jail and 1,000 lashes as punishment for the website he set up. "As a seasoned royal diplomat we hope that Prince Charles will want to drop a few well-chosen words into his royal hosts' ears," said Allan Hogarth, spokesman from Amnesty UK.