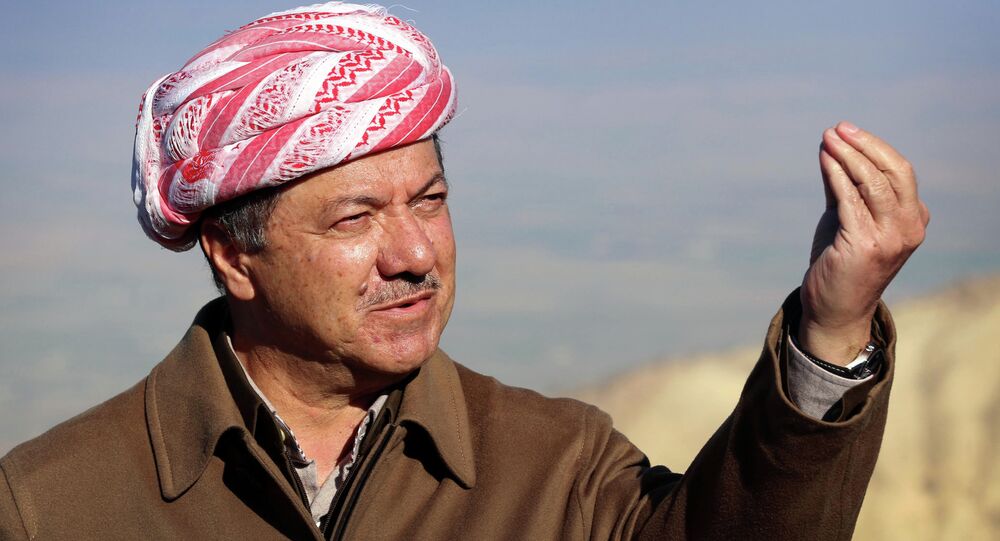 “They have experts from various countries of the world. Daesh [Arab acronym of IS] has attracted retired army officers from the former Soviet army, from Kazakhstan, Uzbekistan, Tatarstan and Chechnya. They also have military experts from Pakistan, and a large number of former Iraqi officers. Officers from other Arab countries have also joined them,” Barzani told Al-Hayat newspaper.

Some 50,000 people are fighting for IS in Syria and Iraq, and the former servicemen are leading the group's suicide car bombings and sniper attacks, and “use artillery very precisely, which can only be done by professionals,” Barzani said.

© AFP 2021 / HAIDAR HAMDANI
Mass Grave Found in Iraq Containing 25 Yazidis Apparently Killed by IS
According to the Iraqi Kurdish leader, IS seized a large weapons arsenal, as well as about 1,700 US-made armored Hummer vehicles in its offensive in northern Iraq last year, forcing six Iraqi military units to flee. In addition, the rebels control numerous weapon warehouses in Syria.

Addressing the US-led coalition’s airstrikes against the extremist group, Barzani said that this assistance is much needed, noting that the fight against IS would last longer and claim more lives without the coalition’s support.

Islamic State militants, known for their brutal methods, including public executions, have seized large parts of Iraq and Syria and declared the establishment of an Islamic caliphate.

An international coalition, led by the United States, has been carrying out airstrikes against IS positions in Iraq since August 2014 and in Syria since September. The militant group is also targeted by Iraqi and Syrian forces, as well as local Kurdish militias.