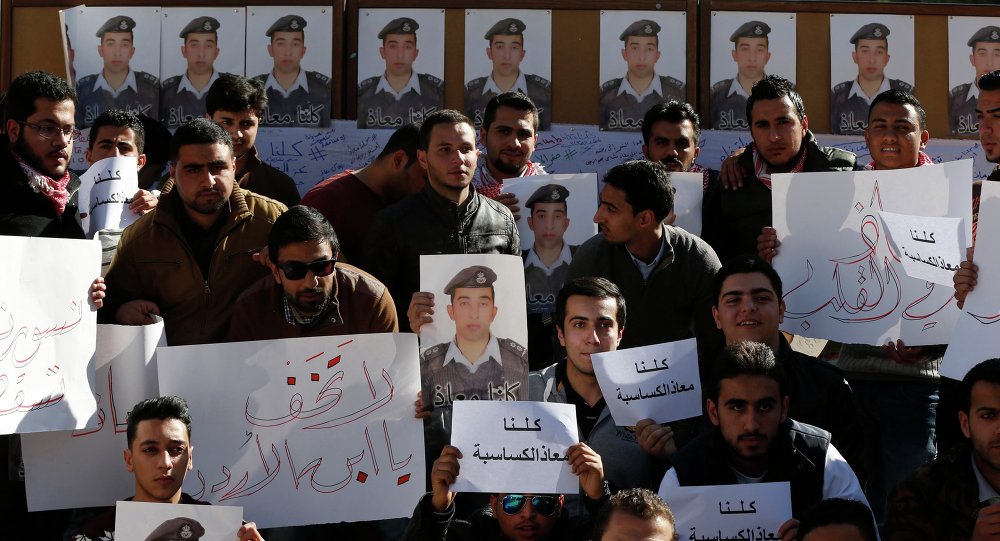 Islamic State militants are a "group of savages" that have reached "the point of insanity", Mohammed al-Badaren, former major general in the Jordanian army, told Sputnik Arabic.

© AP Photo / Raad Adayleh
Jordan Executes Two al-Qaeda Prisoners in Response to ISIL Hostage Killing
Mohammed al-Badaren, former major general in the Jordanian army, told Sputnik Arabic that Islamic State militants, whom he referred to as a "group of savages", have reached "the point of insanity" if they resort to acts like the killing of Jordanian pilot Muath al-Kasasbeh.

Al-Badaren emphasized that Islam prohibits such crimes. "On the contrary, a captive must be treated well," he said, adding that "any human being won’t accept it and will condemn it." Al-Badaren also said that by executing the pilot "this group of savages proved that they are not able to have people’s attention. … If they really had a political message or a thought to convey," they would act differently.

What do you think is the most important event of the week?
Voted: 1
All polls
Al-Badaren attributed recent atrocities committed by members of the Islamic State to the success of the US-led international coalition that launched a large-scale campaign against the radical Sunni group last August. Islamic State militants reached "the point of insanity that made them act" like this after they started losing control of the territories they had seized during the blitz offensive last summer.

Despite pilot's death, Jordan will remain an active member of the coalition, al-Badaren is convinced. On Wednesday, Jordan's King Abdullah II vowed that the country would step up its military efforts against the Islamists after a video emerged showing Jordanian fighter pilot Muath al-Kasasbeh burned alive in a cage.

APF quoted the king as saying that "the blood of martyr Maaz al-Kassasbeh will not be in vain and the response of Jordan and its army after what happened to our dear son will be severe." The monarch is currently in al-Kasasbeh's hometown of Karak, according to the news agency. He expressed his condolences to the family of the slain pilot and will attend his funeral.