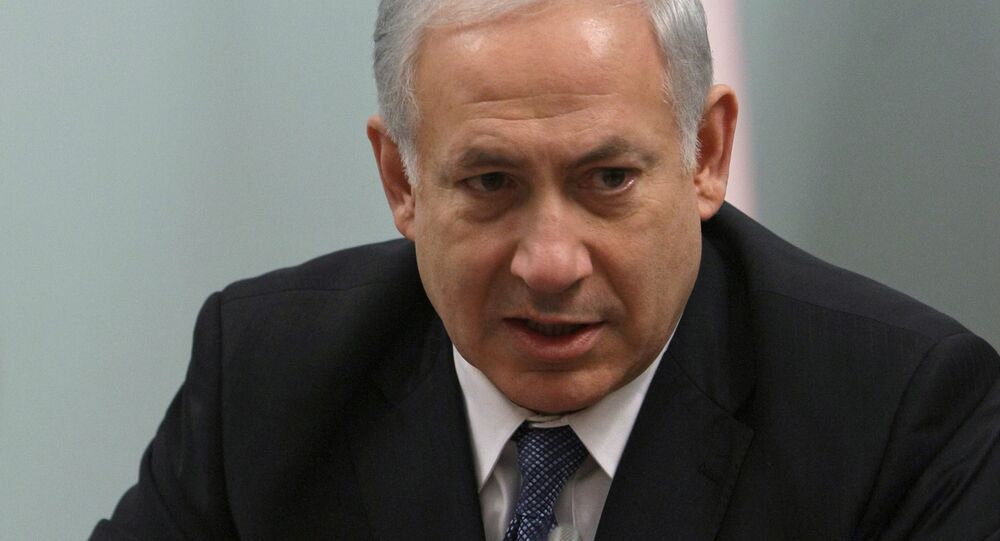 Netanyahu’s comments come after the resignation of commission head, Canadian academic, following Israeli accusations that his previous work with the Palestine Liberation Organization would lead to bias in the findings.

Netanyahu’s comments come after the resignation of commission head, Canadian academic William Schabas, following Israeli accusations that his previous work with the Palestine Liberation Organization would lead to bias in the findings.

"After the resignation of William Schabas it is time to shelve the anti-Israeli report his committee wrote," Netanyahu was quoted as saying by Israeli Haaretz newspaper.

The Israeli leader added that the UN Human Rights Council, which appointed Schabas last year August, had “made more decisions against Israel than against Iran, Syria and North Korea combined.”

© Flickr / Global Panorama
International Criminal Court to Investigate Israeli War Crimes in Gaza
Schabas, who was appointed to lead a three-member group investigating alleged war crimes during Israel’s offensive in Gaza, claimed that Israel was trying to distract the international community from the “real issue.”

“Netanyahu had called for me to leave the committee since the day I was appointed,” Schabas said, as quoted by Haaretz.

The conflict in Gaza began in June 2014 when Israel launched a military attack against Hamas military targets. The fighting claimed over 2,100 Palestinian and 70 Israeli lives, before an open-ended ceasefire was agreed to August 26, 2014.

In January, Netanyahu strongly criticized the International Criminal Court's (ICC) "preposterous decision" to launch a separate inquiry into possible war crimes by Israel during the 50-day conflict, following Palestinian Authority accession to the court. The prime minister vowed that Israel would take necessary measures to defend the country's soldiers from potential prosecution and called on ICC member states to cut funding to the court.

UN Mission in Gaza Attacked by Protesters Over Subsidies Suspension