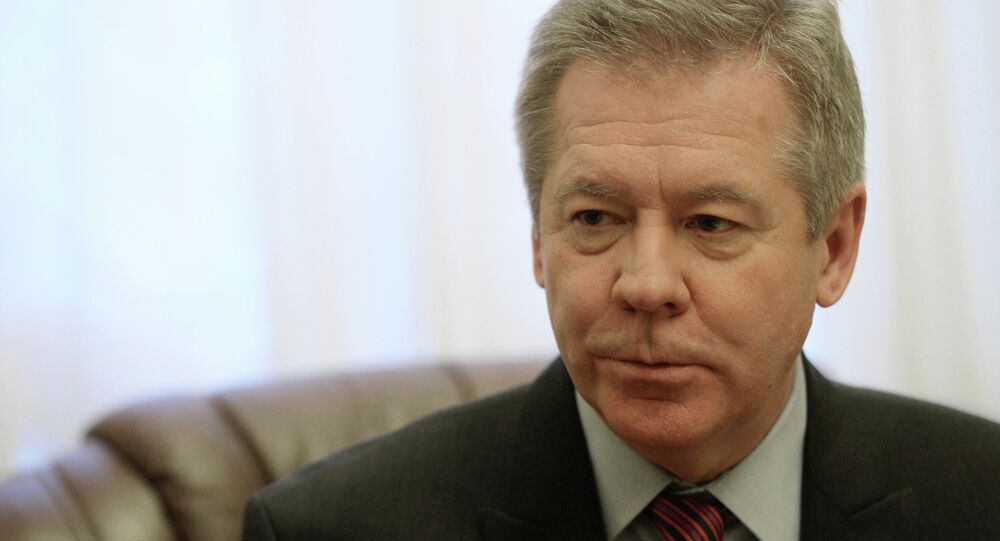 Russian Deputy Foreign Minister Gennady Gatilov stated that the United States is trying to use the 'chlorine' issue to continue to put pressure on Damascus.

In December 2014, the Syrian government warned the Organization for the Prohibition of Chemical Weapons (OPCW) that suspected Islamic State militants had seized a number of industrial resources in the country where chlorine-containing substances were stored.

"The United States is trying to use the 'chlorine' issue to continue to put pressure on Damascus," Gatilov said.

© AP Photo / United media office of Arbeen
Syria's Chemical Weapons Disarmament Completed
He stressed that the issue of chlorine is not directly linked to the matter of Syrian chemical disarmament.

Syria joined the OPCW in 2013, following sarin attacks near Damascus, for which both the Syrian government and rebels have traded blame. In January, the country began dismantling underground bunkers, tunnels and hangars used for production and storage of chemical weapons.

Earlier on Monday, Gatilov said that the disarmament was complete and there remained no serious issues preventing the destruction of Syria's chemical stockpile.

Russia Has Advantage Over Other Mediators in Syria Crisis Talks