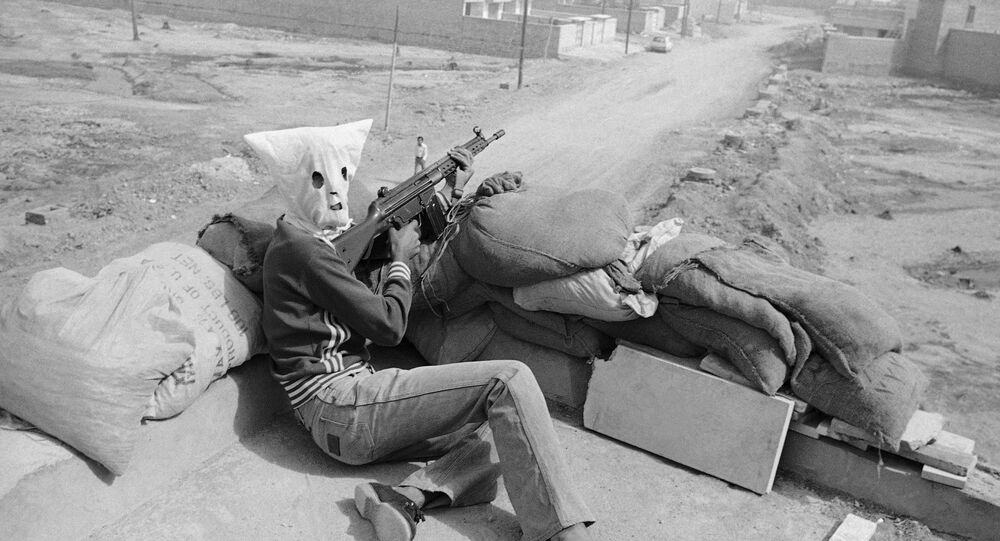 Iran started celebrating the 36th anniversary of the 1979 Islamic Revolution.

MOSCOW, February 1 (Sputnik) — Iranians began ceremonies Sunday to celebrate the anniversary of the 1979 Islamic Revolution, marking the overthrow of the US-backed Pahlavi dynasty.

© AP Photo / Vahid Salemi
Iran's Rouhani Says Insulting Islam, Freedom of Speech Two Separate Issues
The ceremony began at 9:33 a.m. local time (6:33 GMT), specifically coinciding with the time the late founder of the Islamic Republic of Iran, Ruhollah Khomeini, returned from exile in Paris in 1979, according to Press TV. In 10 days, on February 11, 1979, the revolution was completed.

High-ranking officials attended the special ceremonies at the Tehran Mehrabad Airport and at the mausoleum of Ayatollah Khomeini.

According to Press TV, simultaneous ceremonies are being held in 80 Iranian cultural centers across the globe.

The anniversary, also known as the Ten-Day Fajr (Dawn), is marked annually from February 1 to 11.

Iran toppled the US-backed Shah Mohammad Reza Pahlavi, following 2,500 years of monarchic rule in the country. Khomeini founded a political system based on Islamic values and the domination of clergy in decision-making.