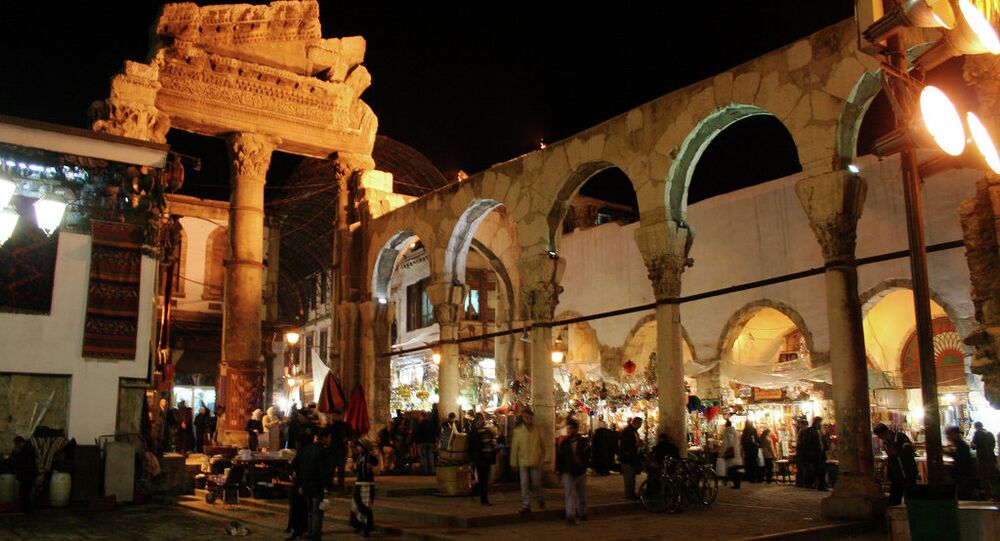 A bus blast in Damascus central district killed at least six people and wounded dozens; SANA has called the attack a "terrorist explosion".

The Syrian Observatory for Human Rights said it was not immediately clear what had caused the blast in the Souq al-Hamadiyeh neighbourhood of Damascus.

Inside the #Lebanese #Shia pilgrims bus targeted this morning by a suicide bomber in #Damascus pic.twitter.com/htebsAe1Ps

The blast was also reported by Syrian state television with the official SANA news agency confirming at least four people being killed and 19 wounded.

According to the information provided by the Observatory director Rami Abdel Rahman, the bus was reportedly carrying Lebanese Shiite Muslim pilgrims.

Syria’s Ikhbariya television released the footage of men and a woman who are now hospitalized, Reuters reports. It also showed an image of the targeted bus and security services on the scene.

Al-Nusra Front Twitter feed said one of the group’s members blew himself up "inside a bus at the market". It seems there was an unverified photo of a possible bomber and another one - of the wrecked vehicle, according to Reuters.

The civil war in Syria has been raging since March 2011. According to the UN reports, by now the conflict has taken lives of more than 200,000 people.

Russian Supreme Court to Consider Recognizing IS, Al-Nusra as Terrorists