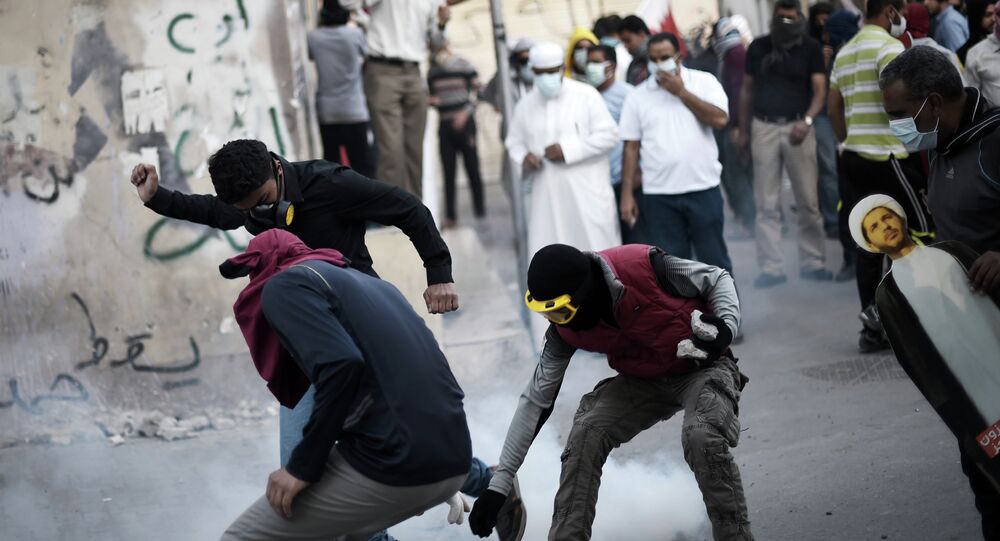 The Bahraini authorities revoked citizenship of 72 people for causing "damage to the interests of the Kingdom".

© AFP 2020 / MOHAMMED AL-SHAIKH
Bahraini Opposition Leader May Face Up to 19 Years in Prison, Lawyer Says
MOSCOW, January 31 (Sputnik) — The government of Bahrain said Saturday it had revoked citizenship of more than 70 people for harming the country's interests.

Bahrain’s Interior Ministry issued a statement saying that 72 people had their citizenship revoked for causing "damage to the interests of the Kingdom" and acting "in a manner that is contrary to the duty of allegiance to it," reported the Bahrain News Agency (BNA).

"Each citizen of Bahrain has the responsibility to act in ways that do not harm the interests of the Kingdom of Bahrain," the statement said.

© AFP 2020 / MOHAMMED AL-SHAIKH
HRW Calls on Europe to Stand Up for Rights of Bahrainian Blogger
BNA published a list of the people affected by the measure. It includes both Sunni and Shiite Muslims.

Bahrain's Sunni monarchy has repeatedly revoked the nationality of citizens deemed a threat to the country's security but Saturday's decision was the largest to date.

The move comes just days after Human Rights Watch said in a report that Bahraini courts convicted and imprisoned peaceful protesters, with long prison sentences imposed for vague terrorism charges. The report said Bahraini justice system failed to address disproportionate and lethal use of force by the security forces.

Since 2011, Bahrain has been mired in Shia Muslim uprisings against its Sunni leaders. The protests resulted in brutal crackdowns on the opposition.

Bahraini Opposition Leader May Face Up to 19 Years in Prison, Lawyer Says