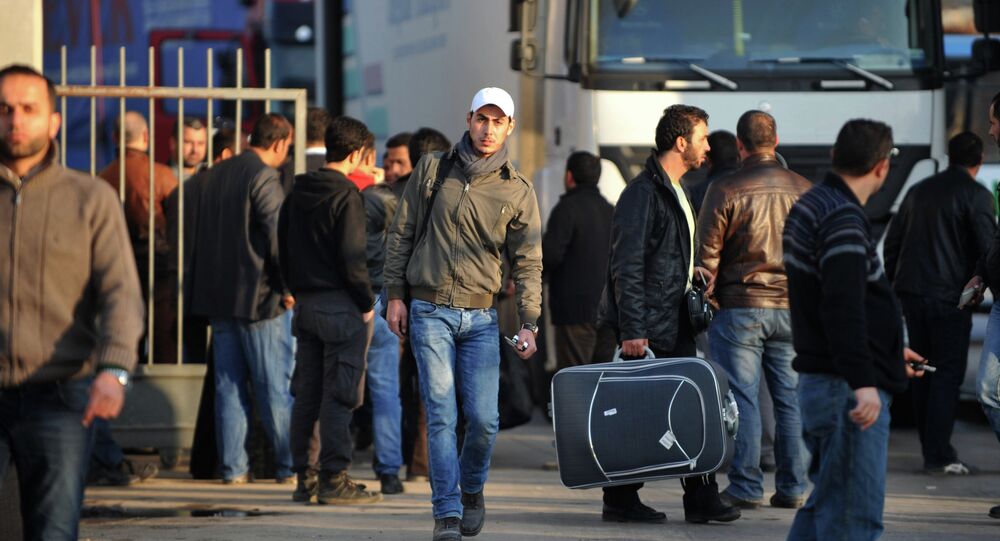 Jihadists are taking advantage of the humanitarian crisis in Syria and its porous 899-kilometer border with Turkey to travel to Europe alongside refugees fleeing the conflict.

© AFP 2020 / OZAN KOSE
Turkey Reportedly Reopens Border Crossing for Syrian Refugees
MOSCOW, January 30 (Sputnik) – Islamic State fighters are being smuggled to European countries in the same way as ordinary refugees, reports Buzzfeed News, and travel from Turkey hidden in cargo ships with hundreds of others who are fleeing conflict in the Middle East.

"I’m sending some fighters who want to go and visit their families," an IS operative working in southern Turkey as a people smuggler told Buzzfeed, adding that at the time of the interview, 10 fighters were waiting to be transported out of the country by ship. "Others just go to Europe to be ready."

The operative, who himself traveled across the border from Syria last year, told the journalist that IS fighters were coming to Europe to prepare themselves for retributive attacks against targets in the West after a US-led coalition began carrying out air strikes against IS targets in Iraq and Syria in 2014.

According to the report, smugglers of militants into Europe favor cargo ships as a reliable method of transportation, thus avoiding the additional scrutiny of airport security, while fake Syrian passports can be acquired with relative ease.

ICSR, a research organization, has estimated that 20,730 people worldwide have joined Sunni militant organizations during the course of the Syria/Iraq conflict, based on data from the second half of 2014, with almost 4,000 coming from western Europe. Earlier this month, Newsweek reported that an expert from the Tony Blair Faith Foundation, an anti-extremism thinktank, said that "returning foreign fighters are a potent force and a significant threat," and estimated that between 1,000 and 1,300 militants have already returned to Europe from the Middle East.