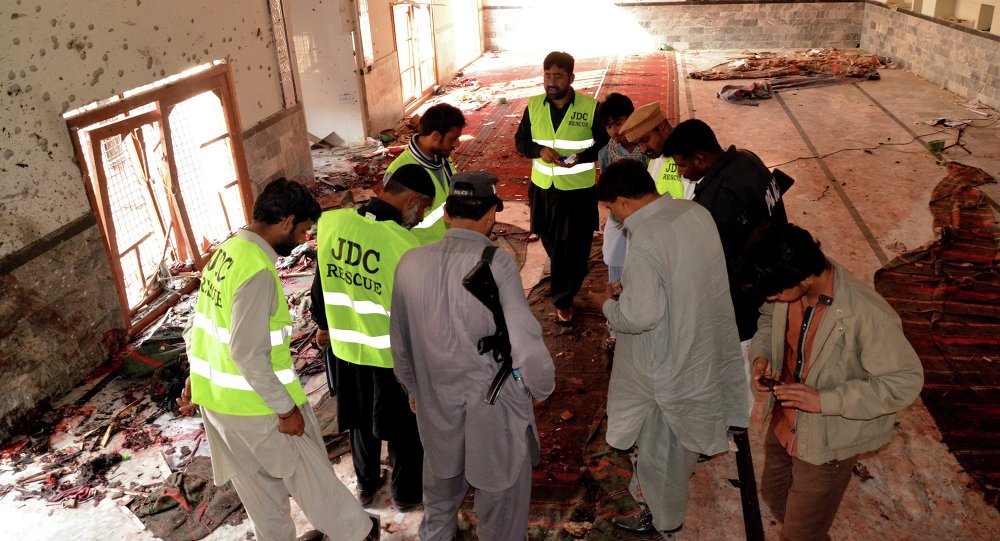 An attack on Pakistani Shiite mosque has left at least 40 dead, 55 injured. The casualties included many children. Three days of mourning have been declared.

MOSCOW, January 30 (Sputnik) — At least 40 people have been killed and 55 injured including many children in a deadly bomb attack on Shiite mosque in Pakistani town of Shikarpur.

According to the preliminary reports, the blast occurred during Friday prayers at Karbala Maula Imambargah in Lakhi Dar area and was reportedly  heard several kilometers away.

The explosion occured on the same day as PM Nawaz Sharif is visiting Karachi to ensure implementation of the National Action Plan devised to eliminate terrorism from the country. Shikarpur is located around 470 kilometres (300 miles) north of Karachi.

Earlier it was reported that 12 people have been killed, but according to AFP the death toll has risen to 40.

LIVE: Shortage of ambulances in #Shikarpur; ambulances sent from Sukkar and Jacobabad.

“I have spoken to doctors and urged them to provide the best medical treatment to the injured,” media citing Sindh Information Minister Sharjeel Inam Memo.

The information minister also insisted the blast did not occur because of a security lapse.

“The entire Pakistan is under threat and militants attack wherever they find a soft target but the blast did not occur because of a security lapse, there security was present at the site,” he added.

Eyewitnesses say a suicide bimber allegedly blew himself up during Friday prayers.