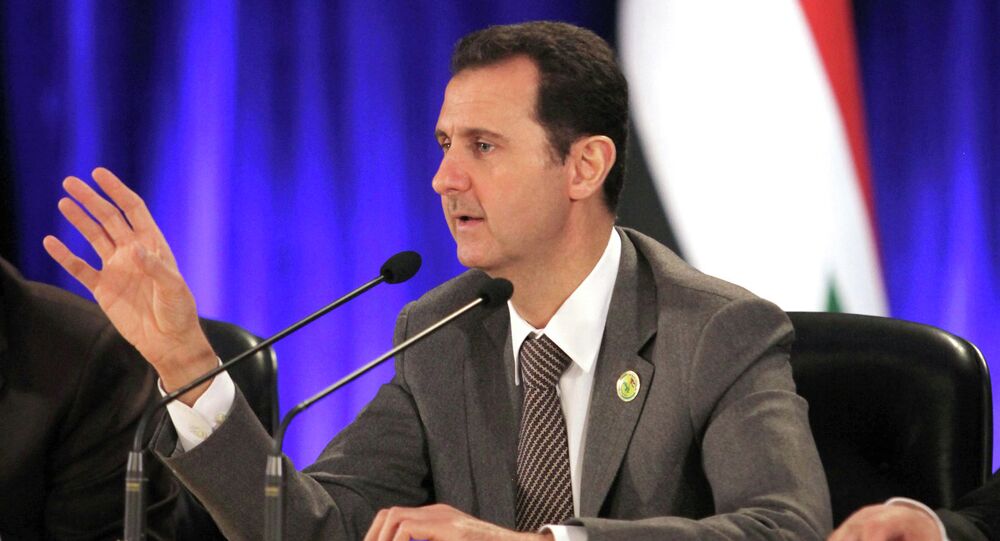 Syrian President Bashar Assad said the Moscow talks between the Syrian government and opposition groups should be regarded only as preparation for an upcoming major conference.

© Sputnik / Sergey Mamontov
Lavrov Says Intra-Syrian Meeting Attempt to Renew Talks on Settling Crisis
MOSCOW, January 26 (Sputnik) — Talks in Moscow between the Syrian government and the opposition should be treated as preparation for the conference to settle the Syrian conflict, Syrian President Bashar Assad said in an interview to Foreign Affairs magazine.

"What is going on in Moscow is not negotiations about the solution; it's only preparations for the conference," Assad said in an interview published Monday.

The Syrian president's comments come amid the start of four-day talks in Moscow on Monday, aimed at conflict resolution among parties involved in the country's civil war. The negotiations will last until January 29.

It is expected that the intra-Syrian talks will be divided into two stages: January 26-27 and January 28-29. During the first stage, meetings between opposition groups will be held, while negotiations between the Syrian opposition and government delegation are expected to take place in the next stage.

The talks in Moscow are the first ones to focus on Syrian crisis since January 2014. At that time, the second round of the UN-backed conference on Syria was held in Geneva, Switzerland, failing to yield significant results.

The Syrian civil war began in 2011 after a series of anti-government rallies. As a result of the conflict, some 200,000 people have been killed, with millions displaced, according to UN estimates.