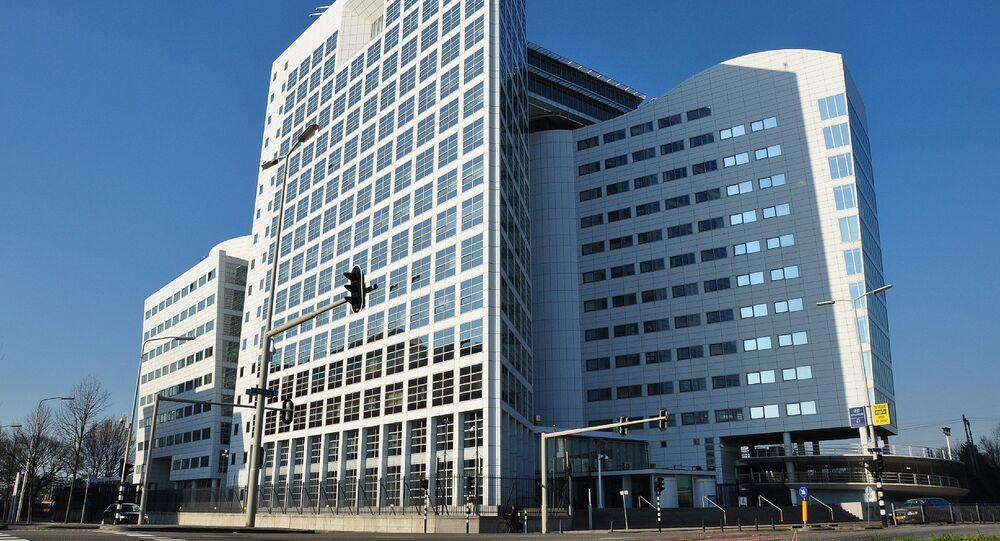 The International Criminal Court has agreed to a preliminary examination of possible crimes in Gaza during Israel's military operation against Hamas militants, and that results from the preliminary inquiry will define whether there is reasonable basis to open a full and formal investigation.

© Flickr / Global Panorama
Israel Urges Countries to Suspend ICC Funding Over Probe Into Gaza War
MOSCOW, January 21 (Sputnik) — Israeli efforts to terminate an inquiry by the International Criminal Court into alleged war crimes in Gaza and to inhibit the overall functioning of the court will not succeed, Fadi Abdallah, the court's spokesperson, told RT TV channel in an interview.

"The Court is established by a treaty. And in this treaty, it is established as a permanent court that receives the support of the Assembly of States Parties. The Assembly… has just adopted [a] new budget for 2015, showing continuous support and confidence for the ICC, and we believe that the Assembly will continue providing the Court with the support," Abdallah said.

Abdallah stressed that the court had, at this stage, only agreed to a preliminary examination of possible crimes in Gaza during Israel's military operation against Hamas militants, and that results from the preliminary inquiry would define whether there was reasonable basis to open a full, formal investigation.

The Hague intervenes only if countries fail to set up proper investigations, the ICC spokesperson noted.

Israel lashed out at the ICC after the court accepted the Palestinian Authority as a member and quickly launched an examination into possible war crimes on Palestinian territories following the launch of Israel's Operation Protective Edge military reprisal in June 2014. According to UN estimates, over 2,100 Palestinian and 70 Israelis have died in Gaza in the fighting, and most of the local infrastructure has been demolished.

Aggressive lobbying by Israel is an attempt to persuade ICC members to cut their contributions to the Court, according to Israel's Foreign Minister Avigor Lieberman. Israeli Prime Minister Benjamin Netanyahu has pledged to launch a full-fledged high-profile media campaign against the court. Israel, along with the United States, is not currently an ICC member.