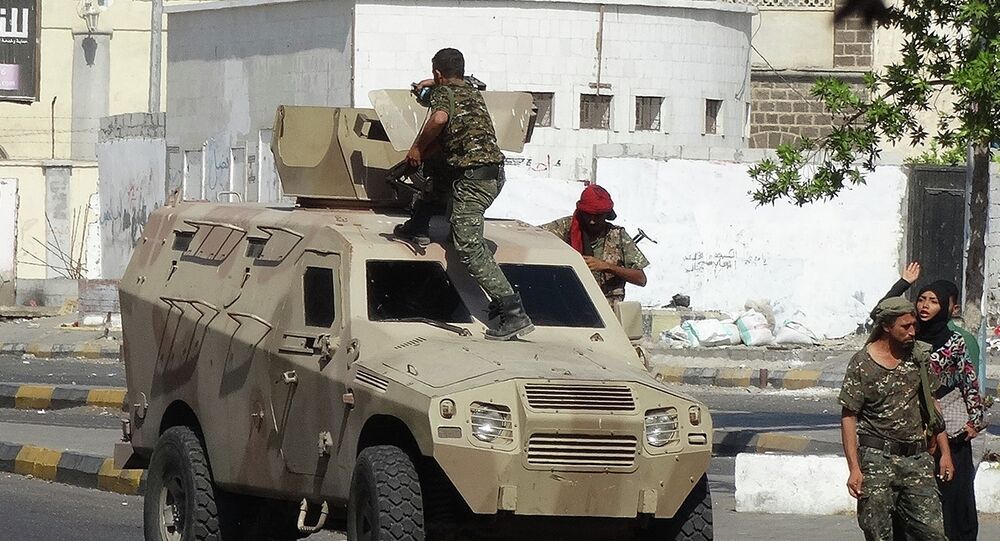 The lockdown followed what Aden authorities described as an attack on the "national sovereignty" and "constitutional legitimacy" represented by Yemeni President Abdrabuh Mansur Hadi.

© REUTERS / Khaled Abdullah
US May Pull Embassy Staff From Yemen as Rebels Seize Presidential Palace
MOSCOW, January 21 (Sputnik) — Authorities in Yemen's southern seaport of Aden have closed all air, sea and land crossings into the city starting early Wednesday, amid an upsurge in Houthi insurgency across the capital Sanaa, the Al-Arabiya news channel reported.

The lockdown followed what Aden authorities described as an attack on the "national sovereignty" and "constitutional legitimacy" represented by Yemeni President Abdrabuh Mansur Hadi.

Over the past 48 hours, Hadi's residence and the presidential palace came under violent attacks by Houthi militants. The rebels seized the palace overnight and shelled his home. The president was unharmed.

According to media reports, hundreds of militias loyal to the president earlier entered Aden from several directions. Fighters from the so-called Popular Committees allegedly coordinated their moves with the army to protect the city and the country's second-largest Aden International Airport there.

© Flickr / yeowatzup
US Embassy in Yemen Shuts Down Due to Security Concerns
Confrontation in Yemen started Saturday when presidential chief of staff Ahmed Awad Mubarak and two of his guards were kidnapped. Investigators suspect the Houthis, who had opposed Ahmed Mubarak's nomination for prime minister, to be behind the abduction.