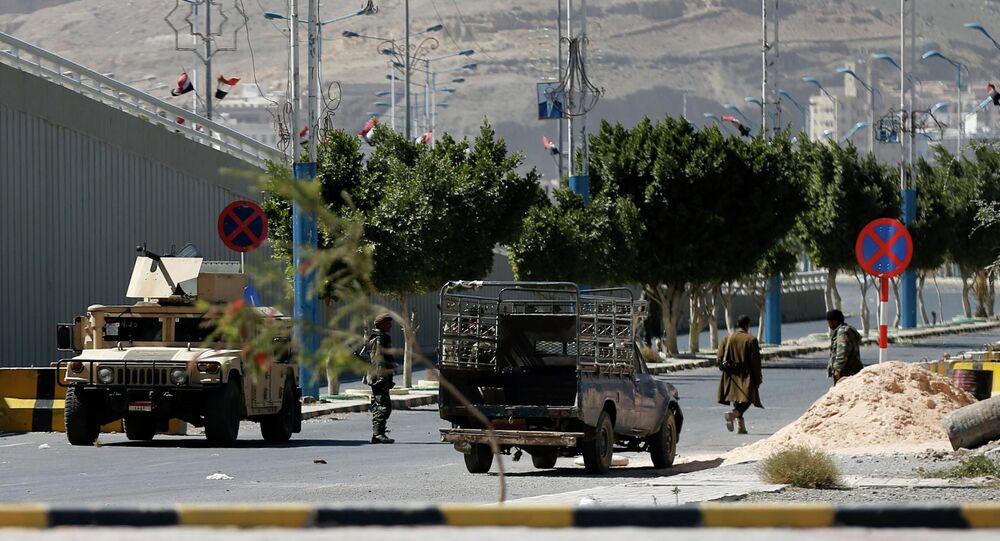 New clashes in Yemen took place after a ceasefire between the Houthi rebels and the presidential guard members had been declared Monday.

The new information comes after a military source told Sputnik that the palace, located in the country's capital Sanaa, had been taken over by the insurgents.

New clashes took place after a ceasefire between the Houthi rebels and the presidential guard members had been declared Monday. The ceasefire started at 16:30 local time (13:30 GMT), following unrest outside the palace earlier the same day.

Confrontation in Yemen started Saturday when presidential chief of staff Ahmed Awad Mubarak and two of his guards were kidnapped. Investigators suspect the Houthis, who had opposed Ahmed Mubarak's nomination for prime minister, to be behind the abduction.