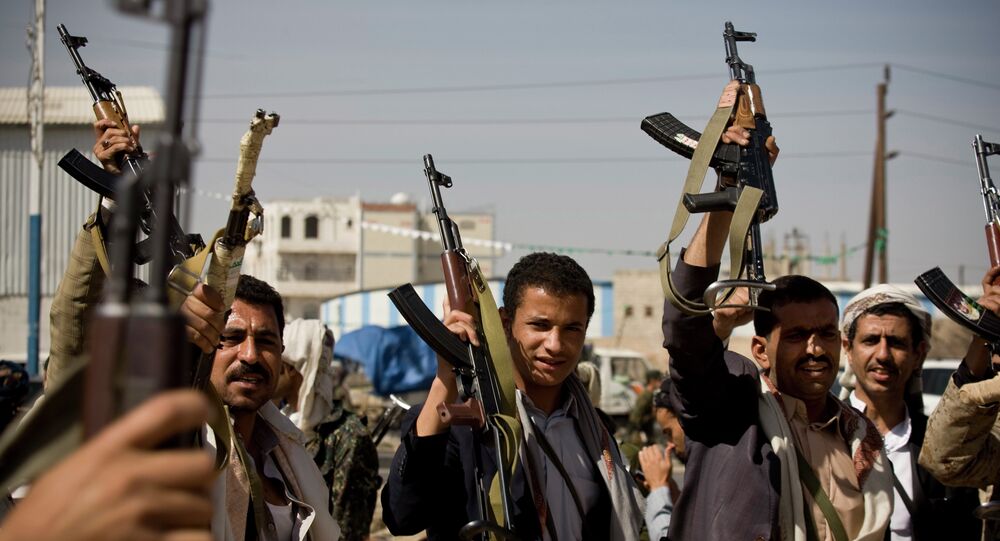 On Monday evening, shots were fired at a US embassy vehicle near a checkpoint in Sanaa, Yemen's capital, following a day marked by heavy fighting in the city.

MOSCOW, January 20 (Sputnik) – A US embassy vehicle came under fire at a checkpoint in Sanaa, Yemen’s capital, CNN reports.

The incident took place on Monday night. According to embassy officials, unknown gunmen initially fired into the air, before turning their guns on the vehicle, where US diplomats were seated. No injuries were reported, according to News.com.au.

© AP Photo / Hani Mohammed
Violence in Yemeni Sanaa Forces Foreign Embassies to Close Down
The attack comes in the wake of growing political turmoil and clashes between government and Houthi militants in Yemen. Nine people were killed and 67 others injured during heavy fighting on Monday, before a fragile ceasefire has been reached, CNN says.

Earlier, the US State Department said it had no plans to evacuate the embassy in Sanaa. US military officials said there was no imminent threat to those within the embassy, NBC News reports.

Shots fired at US Embassy vehicle in Yemen — US military has QRF ready to evacuate the embassy within hour's notice http://t.co/4Nvskas4s7

The Houthis are the main opposition movement in Yemen, who played a major role in toppling the country's former leader Ali Abdullah Saleh in 2012. The group staged large-scale protests and occupied a number of cities in 2014, demanding the resignation of the government, which they say is corrupt and has marginalized the Shiite community.

In September 2014, the Houthi insurgency spread over to Yemen's capital Sanaa, and from there, the militants have advanced into the central and western parts of the country.