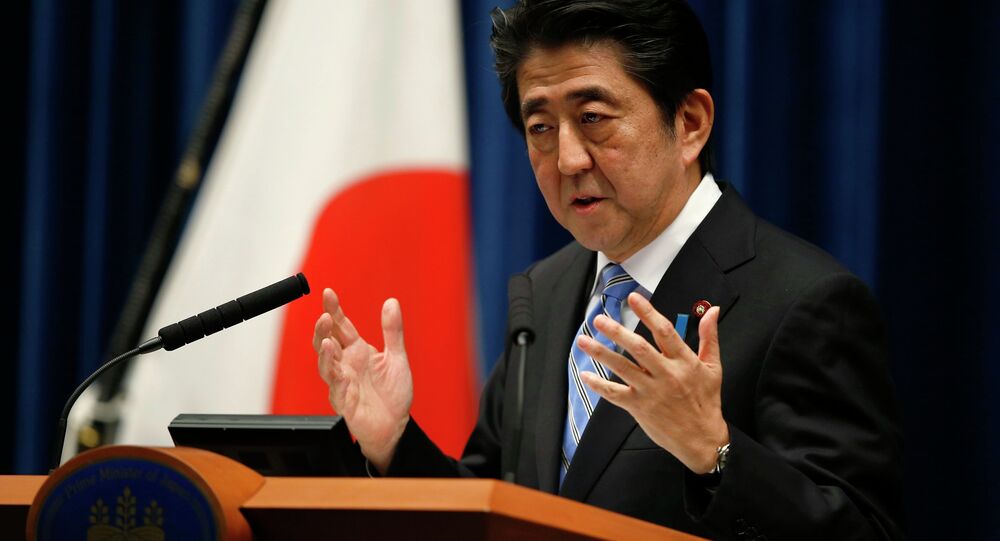 Earlier on Tuesday, Islamic State militants said that they would kill two Japanese hostages if the radical group, notorious for its brutality, does not receive $200 million in 72 hours.

YouTube screenshot
Islamic State Reportedly Threatens to Kill Two Japanese Hostages, Demands $200 Mln
"It is unforgivable and I feel strong resentment," Abe said while on a visit to Jerusalem, as quoted by the news agency. The prime minister also demanded the IS immediately release the hostages.

Earlier on Tuesday, the Islamic State released a video message saying militants would kill hostages identified as Kenji Goto Jogo and Haruna Yukawa in 72 hours if the IS does not receive $200 million.

A militant in the footage resembling a Briton from similar videos released by the IS last year, blamed Japan for providing non-lethal aid to the international campaign aimed at destroying the militant group. The AP quoted the man as saying, that "[y]ou have proudly donated $100 million to kill our women and children, to destroy the homes of the Muslims."

"You now have 72 hours to pressure your government into making a wise decision by paying the [$200 million] to save the lives of your citizens," the militant added, according to AFP.

© REUTERS / Kim Kyung-Hoon
Shinzo Abe Pledges $200 Mln to Countries Fighting Against Islamic State
The Japanese authorities were probing the IS threat and the authenticity of the video, according to AFP.

Last week, Japanese Prime Minister Shinzo Abe pledged to provide around $200 million in assistance to countries that are currently battling the Islamic State, according to Al-Yaum as-Sabia.

The Islamic State, a radical Sunni group, declared caliphate on large swathes of land in Syria and Iraq under its control. Notorious for their cruelty, the insurgents have kidnapped large numbers of people, including foreign military personnel and journalists. Last year, the IS released several videos showing militants executing journalists and aid workers.