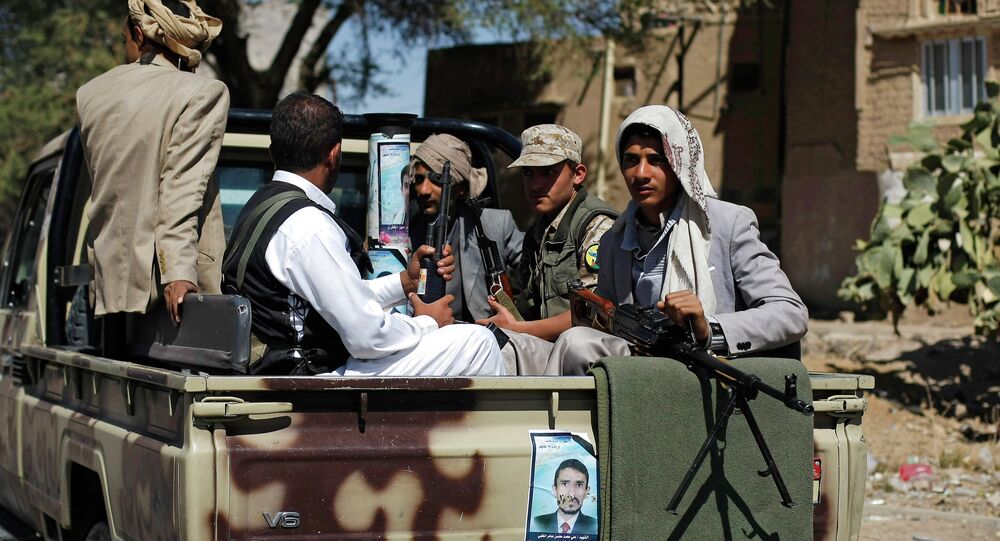 The ceasefire agreement between Yemeni government forces and Houthi militants was reached under the leadership of the presidential committee Monday.

"The agreement was reached under the leadership of the presidential committee, which includes Saleh Samad, a Houthi presidential adviser, defense minister and minister of interior. This information affirms the ceasefire starting at 16:30 local time (13:30 GMT), and placing national committees to monitor compliance with the ceasefire," the source said.

A ceasefire between the Yemeni authorities and Houthi rebels was reportedly agreed upon earlier Monday, though gunfire was heard by locals following the agreement.

A government source in turn told Sputnik that Yemeni President Abd Rabbuh Mansur Hadi was forming a committee with a mandate that includes ensuring a ceasefire in the country's capital Sanaa, following confrontations with Houthi militants Monday.