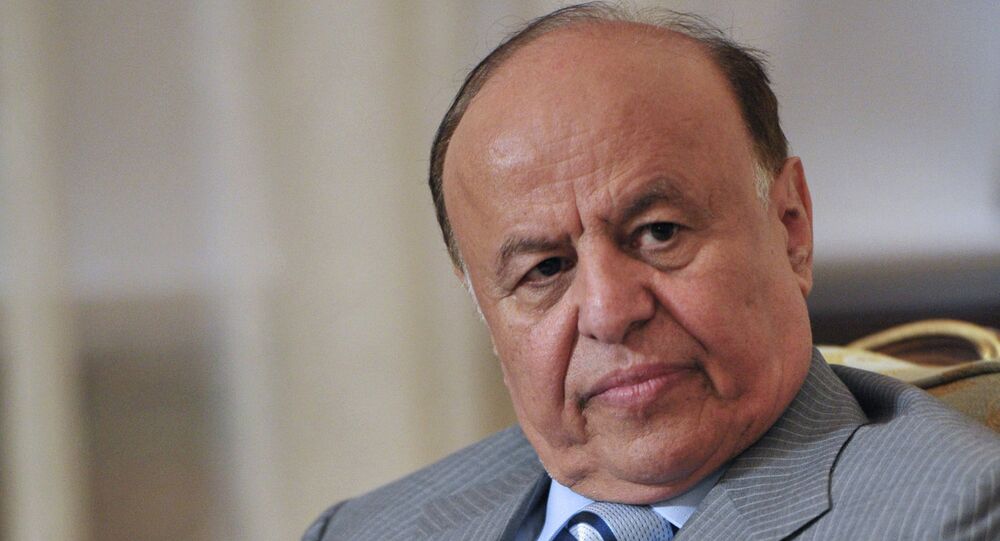 Yemeni president is forming a ceasefire committee as clashes between the governmental forces and Houthi militants continue to escalate in the country's capital of Sanaa.

According to the source, Saleh Samad, an adviser to the Houthis, will be part of the committee.

Earlier, a source from the Yemeni security services told Sputnik, "Clashes, that can be categorized as violent, are currently happening in regions located to the east of the presidential palace."

A ceasefire between the conflicting sides was reportedly agreed upon after the clashes, shortly before noon local time (09:00 GMT), though gunfire was heard by locals following the agreement.

"Huge personal and artillery deployment in Sanaa streets. It seems the situation is escalating further," posted Yemen Updates, a Twitter-based news account based in Yemen, adding that "huge explosions" were heard in several parts of the city.

According to Haykal Bafana, the clashes have currently claimed one victim.

© REUTERS / Khaled Abdullah
Yemeni Army Clashes With Houthi Rebels Outside Presidential Palace in Sanaa
However, according to other media reports, at least two people have been killed and 14 injured in clashes Monday.

Yemen Updates reports that children were among those injured. "Children of Al-Tuhaif School in Sanaa were injured due to the shelling that hit the school today morning," the media outlet posted.

The confrontation comes two days after presidential chief of staff Ahmed Awad bin Mubarak and his guards were kidnapped. The Houthis are suspected to be behind the attack, as they opposed Mubarak's nomination for the post of the country's prime minister.

The Houthis are the country's main opposition movement, and played an important role in driving out then-leader Ali Abdullah Saleh in 2012. The group staged major protests and occupied several cities, demanding resignation of the government. Last September, the Houthi insurgency spread to Sanaa.