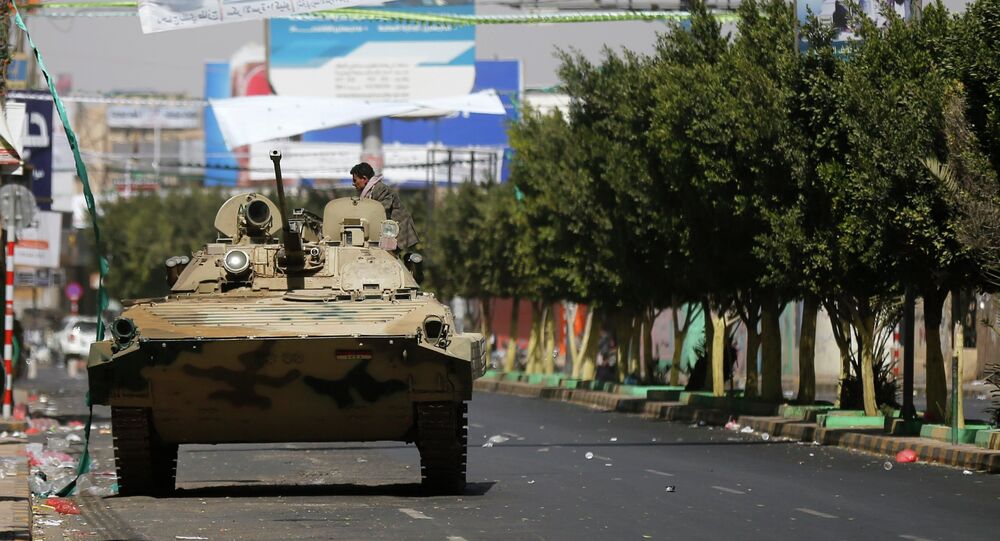 The Yemeni information minister told The Associated Press earlier that Houthi insurgents had seized Yemen's SABA news agency, in what she allegedly referred to as a "step toward a coup."

"Houthis working at the agency have been interfering in the agency's information policy for two days now," Sputnik's source at the SABA office said.

© AP Photo / Hani Mohammed
Violence in Yemeni Sanaa Forces Foreign Embassies to Close Down
Ongoing battles between Yemeni government forces and Houthi fighters have been reported across Sanaa since early Monday. Gunfire was also heard in close proximity to the president's residence in the capital.

The Houthi are a major opposition force in the country and were instrumental in removing former Yemeni leader Ali Abdullah Saleh from office in 2012. In September 2014, the insurgency spread to Sanaa and the central and western parts of the country.