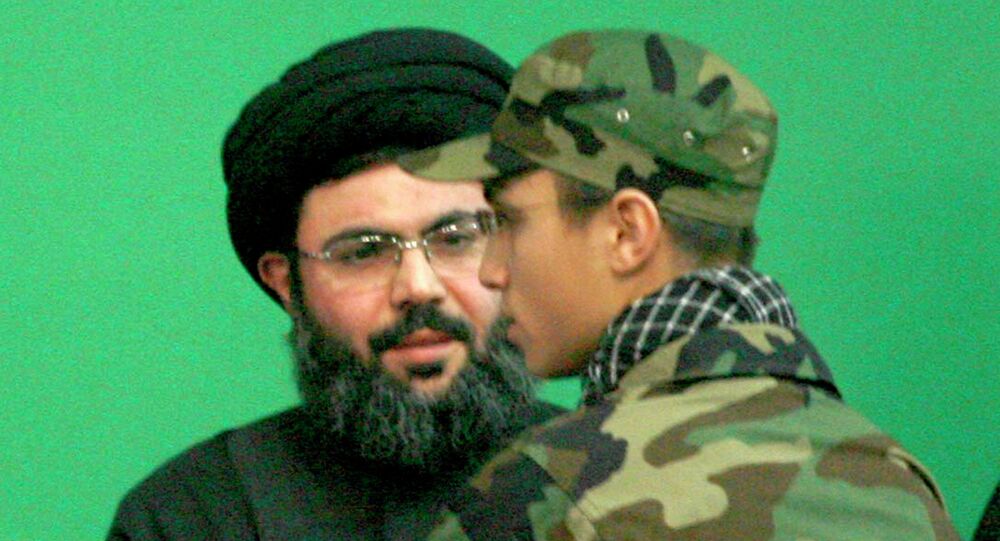 Tehran condemned the Israeli Sunday's airstrike that killed a group of Hezbollah members, including the son of a late military commander, in the town of Mazraat al-Amal in the Syrian Quneitra region.

"The terrorist act indicates that the Syria war is a part of confrontation with the Zionist regime and that Hezbollah has stood firmly on the path of Jihad and martyrdom toward the occupation and foreign interference in the affairs of other nations," the statement posted on the ministry's website says.

© AFP 2020 / JALAA MAREY
Hezbollah Members Allegedly Killed During Israel's Strike in Syrian Sector of Golan Heights
According to the Hezbollah-affiliated al-Manar television channel, an Israeli helicopter fired missiles at a group of Hezbollah fighters as they "inspected" the town of Mazraat al-Amal in the Syrian Quneitra region on Sunday.

The air attack killed Jihad Mughniyeh, the son of a late military commander and Hezbollah field commander Mohammed Issa, who was in charge of the group's operations in Syria and Iraq.

The Lebanon-based Shiite paramilitary and political group has been active in Syria since the start of the Syrian conflict in 2011 and has allegedly been helping the Syrian government fight the Islamic State, a radical Sunni insurgent movement.