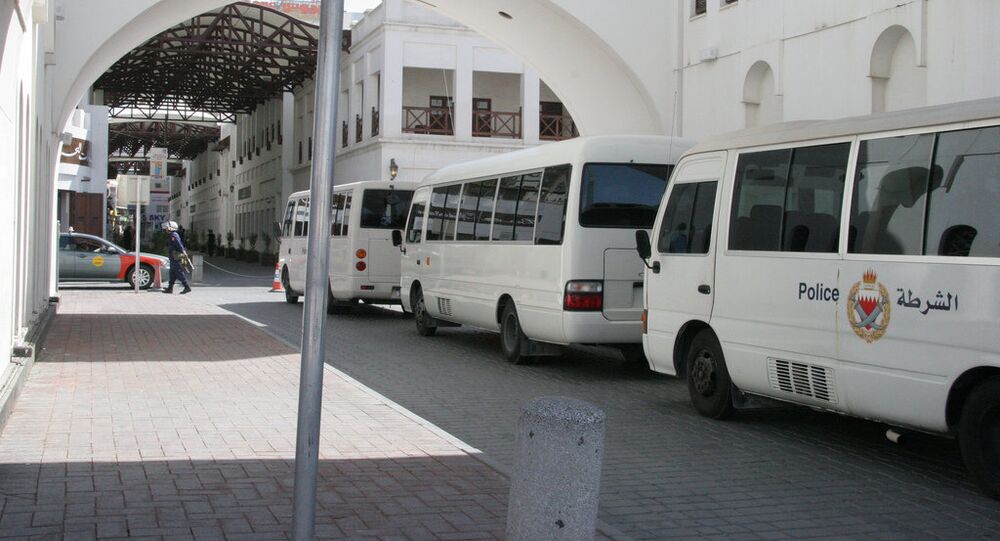 Bahraini Interior Ministry said that Bahrain's police have detained suspected terrorists who had been fighting in Syria under the guise of humanitarian activity.

MANAMA, January 18 (Sputnik) – Bahrain's police have detained suspected terrorists who had been fighting in Syria under the guise of humanitarian activity, the press service of the Bahraini Interior Ministry has informed RIA Novosti.

According the Ministry, the men are believed to have ties with foreign terrorist groups.

Earlier this week, the Human Rights Watch urged European countries to make a public statement calling on Bahraini authorities to drop charges against a local human rights activist jailed for a Twitter post.

© AP Photo / Karim Kadim
Bahrain Minister Condemns 'Good vs Bad' Take on Terrorism, Invasions
Prior to his arrest in October, Nabeel Rajab wrote on Twitter that Bahrainis who have joined terrorists, including Islamic State (IS) militants operating in Syria and Iraq, came from the country's security institutions.

The extremists, known for their violent tactics, have forced thousands of people, mostly religious minorities, to flee their homes.

Bahrain is part of the international anti-IS coalition, formed by the United States in September. The coalition has been conducting airstrikes against IS militants in both Iraq and Syria.