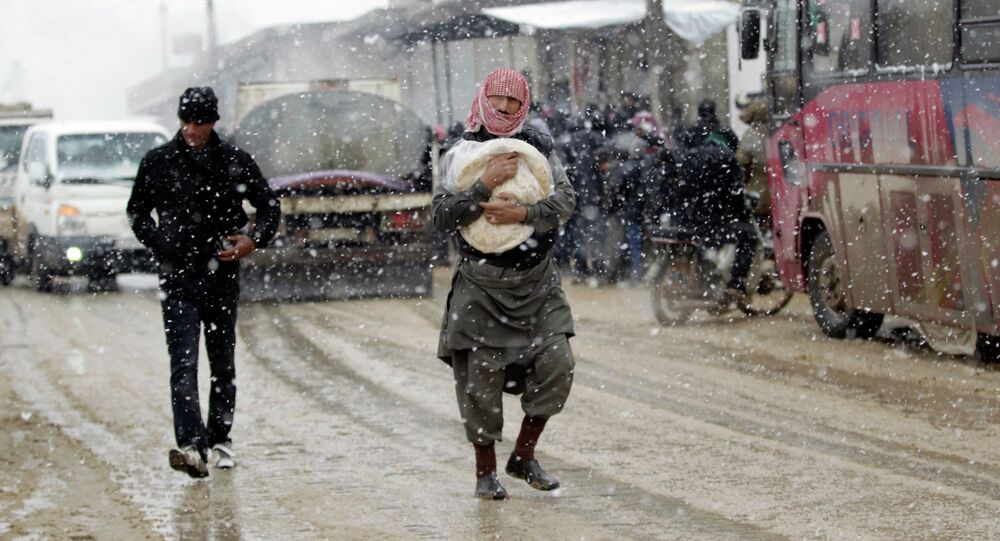 UN stated that winter storm that has passed through the Middle East poses a threat to Syrians.

"Winter has brought more hardship to Syrians already struggling to find safe shelter and ways to feed, clothe and protect their families from illness and exposure to risk," UN's Resident and Humanitarian Coordinator in Syria Yacoub El Hillo was quoted as saying in the UN report.

He said that, with worsening winter conditions, displaced people would continue to be exposed to diseases caused by cold weather. El Hillo reminded that in October 2014 the UN launched a "winterization plan" worth $206 million to help 3.3 million people in Syria, which still needs another $70 million.

"The winter plan remains underfunded by US$70 million. On 15 January, Humanitarian Coordinator El Hillo announced that US$4 million will be allocated to support the winter efforts… This step aims to deliver more winter assistance to the most vulnerable families to help them stay warm amidst the harsh weather conditions," El Hillo said.

He said that, following four years of crisis in the country, the Syrian people's ability to cope was "extremely stretched", while their needs continued to grow, with additional funding urgently needed to assist more people during the winter.

Storm Zina began on January 5, with snowfalls in Lebanon, Jordan, Iraq, Turkey, Syria and Israel, while temperatures dropped as low as 12 degrees Fahrenheit.

Back in October 2014, UN's Assistant Secretary-General for Humanitarian Affairs Kyung-wha Kang said that due to a lack of funding, more than four million Syrians would be left with less food assistance, while one million would not get warm clothes.