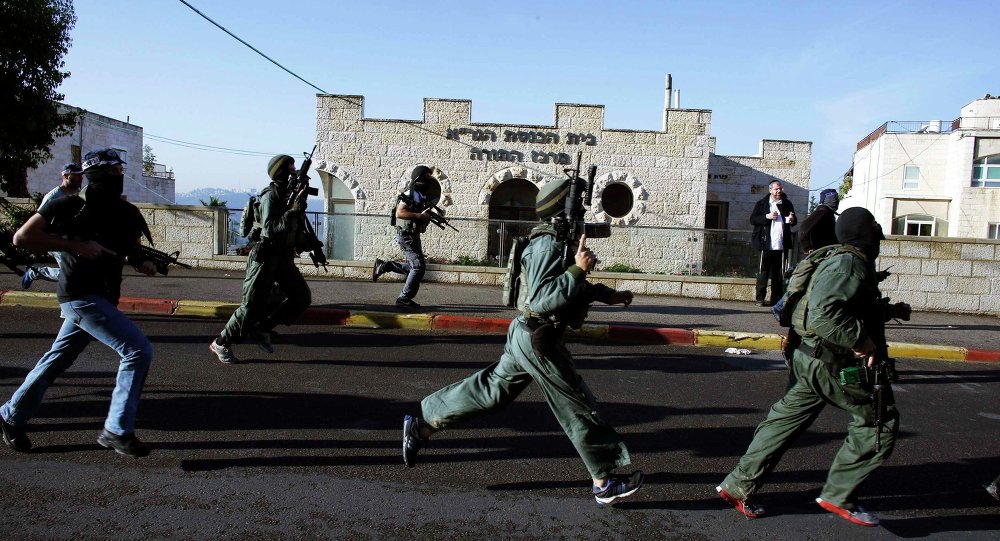 A group of unknown vandals punctured the tires of vehicles parked in the East Jerusalem’s Arab district village of Beit Safafa on Wednesday.

MOSCOW, January 14 (Sputnik) — The vehicles were also sprayed with hate graffiti in the Hebrew language, police spokesman Micky Rosenfeld said, according to the AFP news agency. 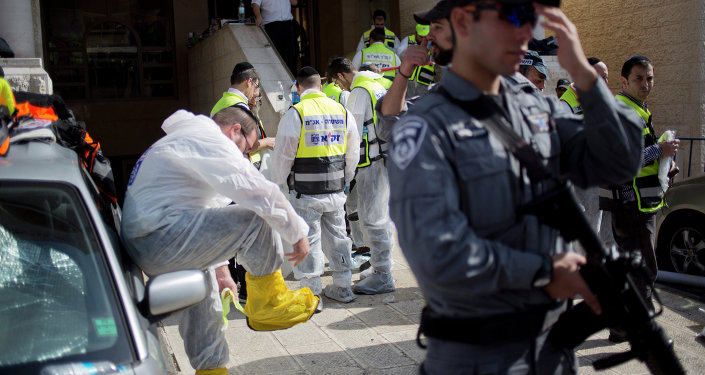 © AP Photo / Ariel Schalit
UN Security Council Calls for Peace After Jerusalem Synagogue Attack
“An official complaint was made to police by local residents this morning, and at the moment police are looking for the suspects behind it and searching the area hoping to make arrests,” Rosenfeld said.

He added that an investigation into the incident has already been opened.

The attack occurred six weeks after Jerusalem`s only Jewish-Arab school in Beit Safafa was set on fire, with anti-Arab graffiti being spray-painted on its walls.

The attack comes less than two months after the nation’s largest integrated educational institution, Jerusalem’s Max Rayne Hand in Hand School, was set on fire and anti-Arab graffiti was spray-painted on its walls.