A suicide bomber detonated an explosive device in the Jabal Mohsen district in Tripoli on Saturday evening. 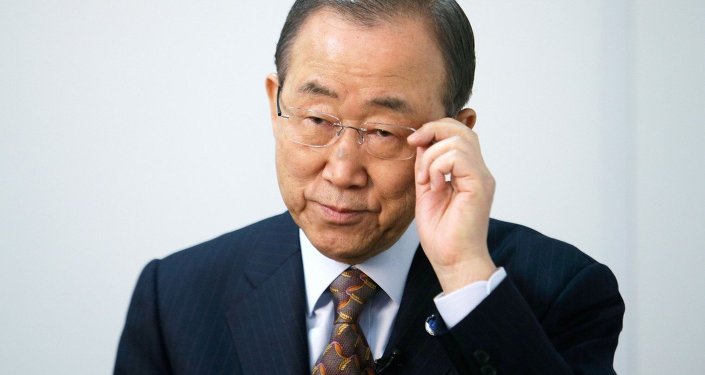 © AP Photo / Martin Mejia
Ban Ki-moon Extends Mandate of Special Tribunal for Lebanon for Three Years
MOSCOW, January 10 (Sputnik) — Nine people have been killed and over 35 sustained injuries as a result of a double suicide attack in a coffee shop in the northern Lebanese city of Tripoli on Saturday evening, the Lebanese National News Agency reported.

A suicide bomber detonated an explosive device in the Jabal Mohsen district in Tripoli. The second blast occurred soon after the first explosion.

The country's health minister appealed to the residents of the neighboring localities with a request for blood donation for the victims of the terrorist attack.

Jabal Mohsen's Governor Judge Ramzi Nohra imposed a curfew until Sunday morning due to the incident. A group of forensic experts have been sent to the site of the terror attack to clarify its circumstances.

Northern Lebanon has seen numerous sparks of violence in recent months as tensions from the military conflict in neighboring Syria have spilled over to the country.