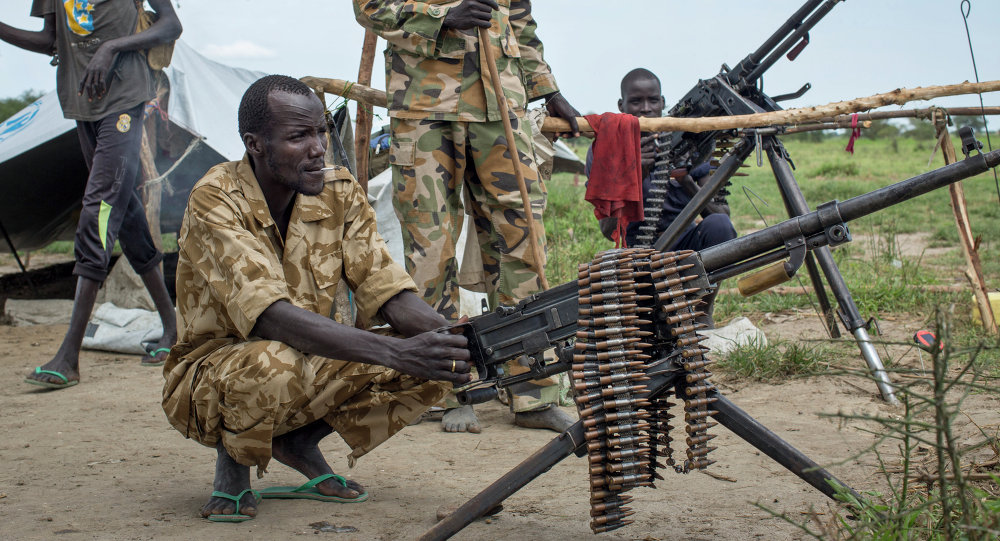 Human Rights Watch (HRW) and other rights groups called on the United States to table a draft resolution imposing a comprehensive arms embargo on South Sudan.

“The US should immediately table a draft resolution imposing a comprehensive arms embargo on South Sudan and do all it can to ensure its passage,” the letter posted on the HRW website read.

The letter added that the arms embargo would help stop the supply of weapons to individuals and groups, aligned with either the South Sudanese government or the opposition, who have committed serious human rights violations in the country, including the systematic killing of civilians.

© Flickr / Ashitaka San
Re-Opened Nile River Corridor Allows Food Delivery to South Sudan: UN
The rights groups slammed inaction by the United States and the UN Security Council in tabling a resolution calling for an arms embargo, despite their repeated condemnation of the ongoing conflict in South Sudan.

“Despite criticism by the international community and many threats of sanctions, neither the [South Sudanese] government nor the opposition has provided any meaningful accountability for horrific abuses,” the letter read.

Fighting in South Sudan began in late 2013, when the country’s President Salva Kiir accused former Vice President Riek Machar of plotting a government coup. The hostility led to a civil war. The conflict has forced almost 2 million people to flee their homes, while large areas across the two countries remain at risk of famine and has led to one of the world’s worst humanitarian crises.