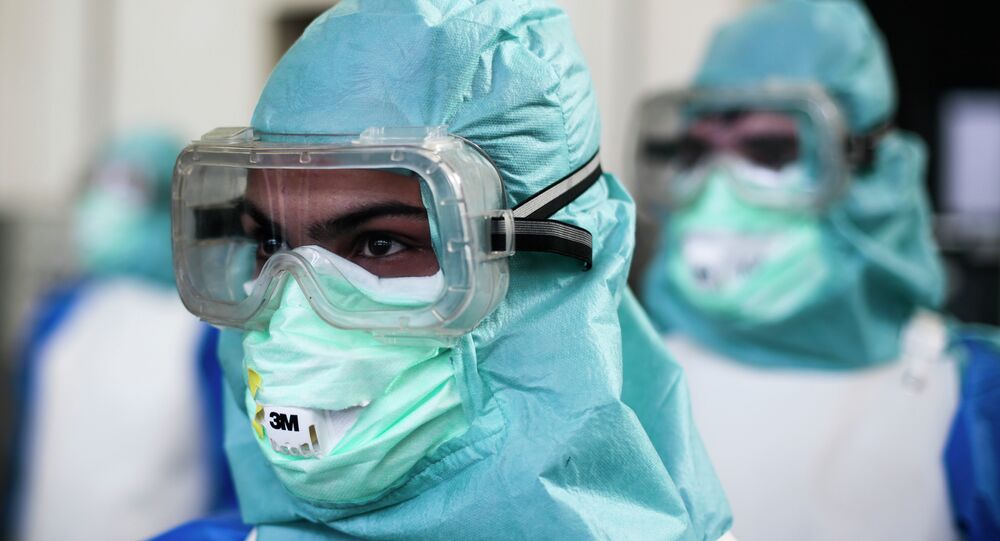 Iraq is Ebola-free country, according to the joint statement of the World Health Organization (WHO) and the Ministry of Health in Iraq.

© Fotobank.ru/Getty Images / ChinaFotoPress via Getty Images
China to Award Country's Ten Best Ebola Doctors $8,000 Each: Reports
MOSCOW, January 6 (Sputnik) — The World Health Organization (WHO) and the Ministry of Health in Iraq said in an official statement on Monday that the country is Ebola-free after several suspected cases reported by local media.

"There is no suspected case of Ebola virus disease in Iraq as of 5 January 2015," the statement said.

On December 31, 2014, local newspapers reported a rumor of unconfirmed cases of the Ebola virus in Mosul, a city in northern Iraq. The news was relayed in media agencies outside of Iraq.

© AP Photo / Matt Rourke
Ebola Outbreak in 2014 Claims Close to 8,000 Lives: WHO
The WHO and the Iraqi Ministry of Health stated that they remain vigilant and have mounted surveillance efforts to guarantee early detection and the successful management of any potential Ebola cases in Iraq.

The current outbreak of the Ebola virus disease started in Guinea in December 2013, spreading into Liberia, Sierra Leone, Nigeria, Senegal and Mali in 2014.

US to Remove Mali From Ebola-Hit Nations List on January 6: CDC

Suspected Ebola Patient to Be Hospitalized in Sweden: Reports