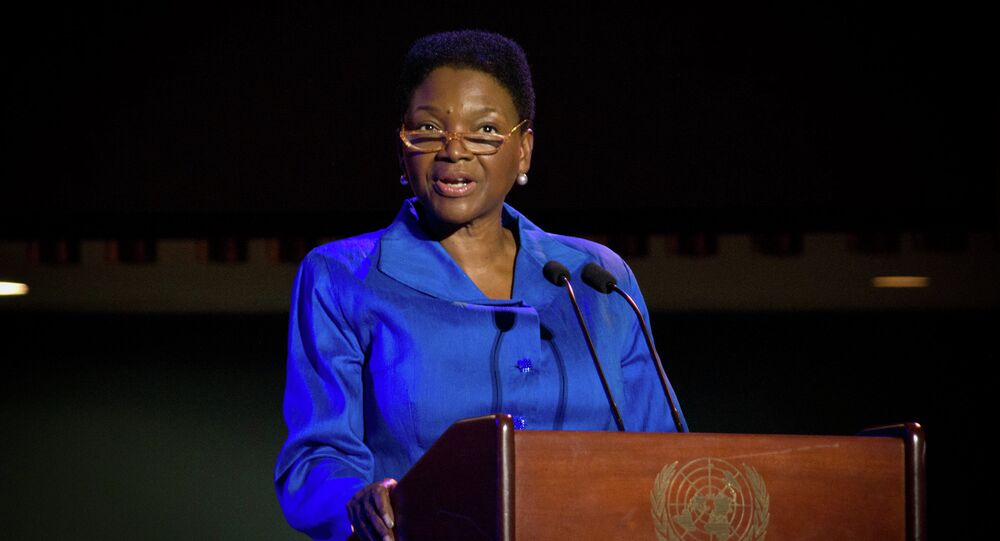 Valerie Amos’ visit “will focus on how the international community can support the Government of Lebanon, whose social services have been affected by the Syria crisis,” the UN said.

Amos will visit Lebanon from January 7 to 9 and will meet with senior Lebanese officials, local authorities, humanitarian partners and people affected by the Syria crisis, according to the UN.

© AP Photo / Bullit Marquez
UN Requests Record $16.4Bln to Help Syria, Other War-Torn Countries
On Monday Beirut officially implemented restrictions to limit the number of Syrian Refugees coming into Lebanon while fleeing the ongoing civil war in their country. Lebanon said the country's economy was strained by the influx of Syrian refugees, alongside lack of adequate assistance from the international community.

Beirut also launched a 2015-2016 Crisis Response Plan jointly with the UN, to ensure that the humanitarian response to the Syrian refugee crisis will tangibly benefit Lebanon by strengthening the country’s services and institutions.

According to the United Nations, of more than 3.2 million Syrian refugees registered, Lebanon hosts over 1.1 million, or about a quarter of the host country’s population. Syria has been in a civil war since the wake of the Arab Spring in 2011.