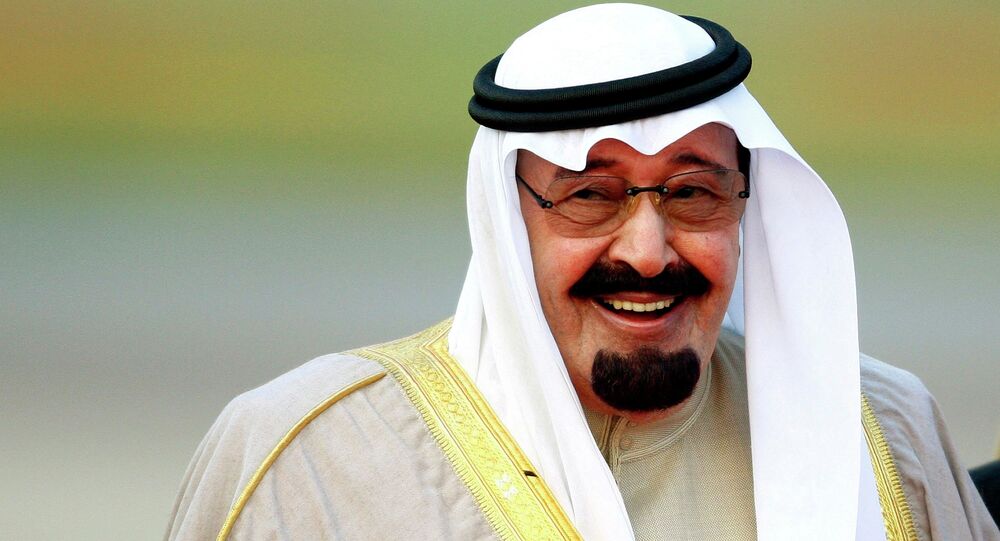 Saudi Arabia King Abdullah stated that country will deal with the current global downturn in demand for oil and falling oil prices with a "solid wil".

© Fotolia / marrakeshh
Saudi Arabia Calculates 2015 Budget on Oil Price $80 Barrel: Expert
MOSCOW, January 6 (Sputnik) – Saudi Arabia will deal with the current global downturn in demand for oil and falling oil prices with a "solid will," the Saudi King Abdullah said in a statement on Tuesday.

"These tensions aren't new to the oil market, and we've dealt with them in the past with a solid will, with wisdom and experience, and we will deal with the current developments in the oil markets in the same way," the statement said, as quoted by Bloomberg.

The speech was delivered by Crown Prince Salman Bin Abdulaziz at a session of the consultative assembly in Riyadh as King Abdulla has been hospitalized with pneumonia.

Despite a sharp fall in oil prices, Saudi Arabia has adopted a budget for 2015 with total expenditures projected at almost $230 billion, which is approximately $2 billion higher than last year.

Back in September 2014, the International Monetary Fund (IMF) warned that Saudi Arabia, the world's largest oil exporter, may post a budget deficit if oil prices keep dropping. The IMF has also urged the country to reduce spending and refrain from going ahead with a number of costly projects.

Saudi Arabia's Finance Minister Ibrahim Assaf noted that reserves accumulated by the country over the years will allow the country to overcome any economic challenges.

Oil prices have been declining since the summer amid oversupply in the market. Prices dropped further after the Organization of the Petroleum Exporting Countries (OPEC), whose 12 member states account for some 40 percent of world oil output, decided not cut production in late November 2014.