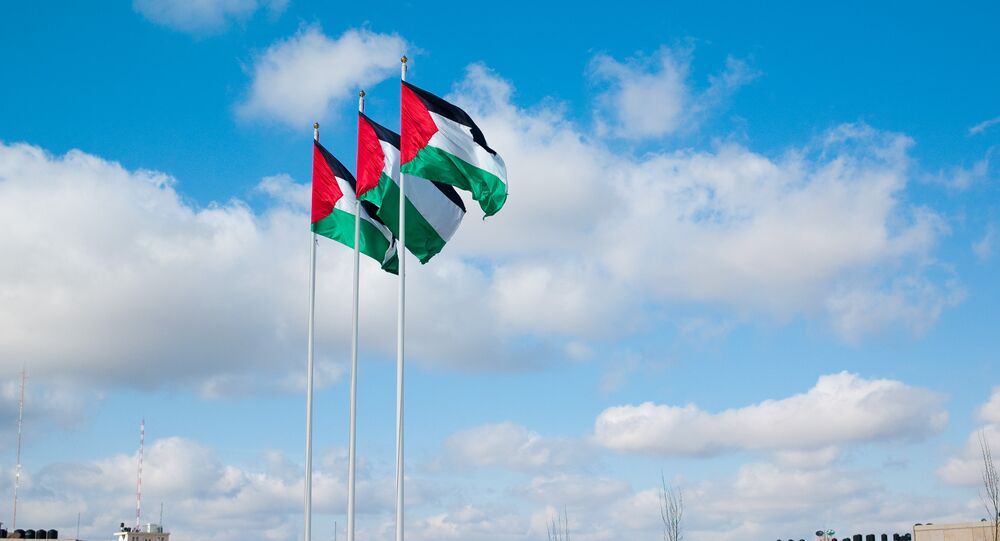 MOSCOW, January 6 (Sputnik) — In a letter to the United Nations Security Council, Palestinian Observer to the UN Riyad Mansour slammed Israel for its decision to withhold Palestinian tax revenue, calling it piracy and asking for action by the international community.

“Israel, the Occupying power, has resumed the theft of Palestinian tax revenues in direct retaliation for the legitimate steps taken by the Palestinian leadership,” Mansour wrote in a letter to the Security Council on Monday.

© East News / UPI Photo / eyevine
Palestinians, Israeli Should Reach Peace Deal Next Year, UN Says
“We reiterate such an action constitutes an act of piracy,” he added, asking the Council's members to “uphold their responsibilities toward addressing this illegal situation in all its manifestations.”

On January 2, the UN acknowledged that Mansour had transmitted copies of documents to the Secretariat regarding the accession of Palestine to 16 international conventions and treaties, including the Rome Statute of the International Criminal Court.

In response to the move, Israel decided to halt the transfer of millions of dollars in tax revenues to the Palestinian Authority.

On December 30, the UN Security Council rejected a resolution demanding Israel to end its occupation of Palestinian territories. Eight nations, including permanent members China, France and Russia, supported the document, while the United States and Australia voted against it and five countries abstained.