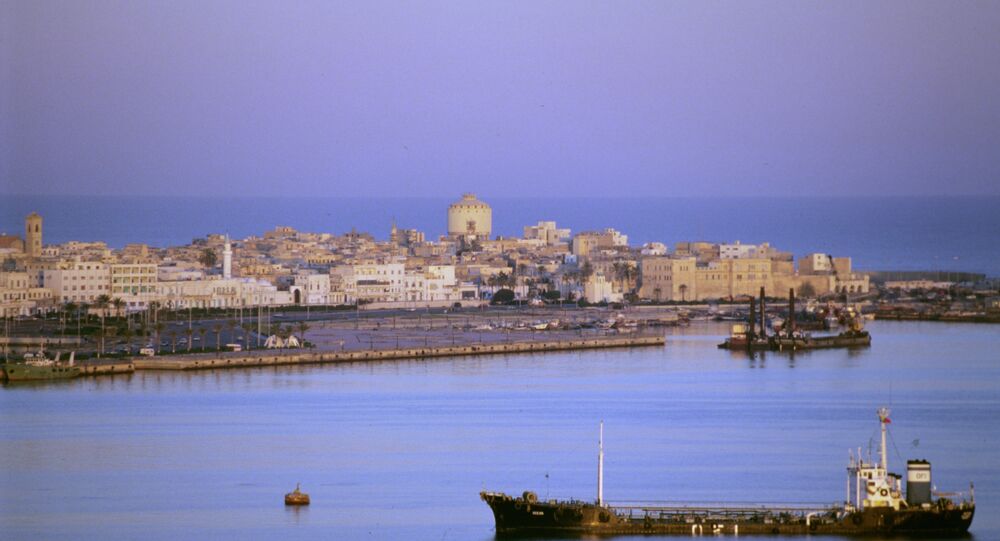 Libya’s air force launched airstrikes at a ‘suspicious’ oil tanker at the port of Derna, controlled by Islamists. Two members of the crew were killed and two injured in the assault.

© AP Photo / Mohammed Elsheiky
Arab League to Hold Emergency Meeting to Discuss Current Situation in Libya
The military opened fire "after the crew refused to heed orders to stop for a search operation," said Colonel Ahmed Mesmari, a military spokesman, as quoted by the news agency. The vessel turned off its lights "in preparation for entering the (Derna) port… and because of this it and its cargo were considered suspicious," he added.

Two crew members were killed in the airstrike, according to the Greek coastguard. The identities of the victims have not been released. However, the coastguard said that one of the deceased was a 29-year-old Greek national.

Two crew members were also injured in the airstrikes.

© REUTERS / Stringer
Fire Put Out at Main Oil Terminal in Libya: Reports
The Greek government called the attack "cowardly and unprovoked", according to AFP. "This criminal act has caused the deaths of two crew members — one Greek and one Romanian — and wounded two others," it added.

The Greek government pledged to "take all necessary steps with the Libyan authorities — in spite of the unstable situation — to help investigate the circumstances of this tragic event and identify and punish the attack’s perpetrators," as quoted by AFP.

The oil tanker, known as Araevo, was sailing under the Liberian flag. It was docked at the time of the airstrikes. The vessel, owned by Aegean Shipping Management, had 26 crew members on board, according to Reuters.