According to the Saudi Interior Ministry, a militant detonated himself and two Saudi border guards with a suicide belt on the country's northern border with Iraq. 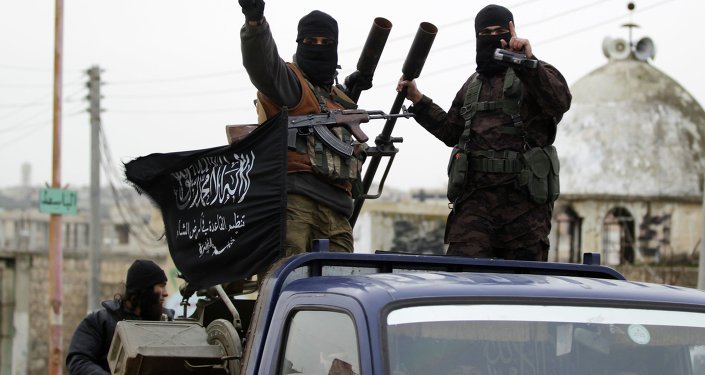 © REUTERS / Khalil Ashawi
Syrian Army Kills 70 IS Militants in Two Days Near Syria-Turkey Border: Reports
BEIRUT, January 5 (Sputnik) — Two Saudi border guards were killed and one wounded in a suicide attack at Saudi Arabia's northern border with Iraq, the Ministry of Interior of the Kingdom of Saudi Arabia said on Monday.

"A border patrol at Suwaif center of Judaydit Arar (village — ed.) was fired [on] from terrorist elements, and the situation was dealt with as required […]," a ministry spokesperson said in a statement on the ministry's website.

According to the statement, border guards returned fire, killing one of the insurgents. However, another militant detonated himself and two Saudi border guards with a suicide belt.

Saudi Arabia shares an 800-kilometer (500 mile) border with Iraq and is one of six Arab states involved in multinational coalition airstrikes aimed at countering the Islamic State (IS) jihadist group operating in Northern Syria and Iraq.