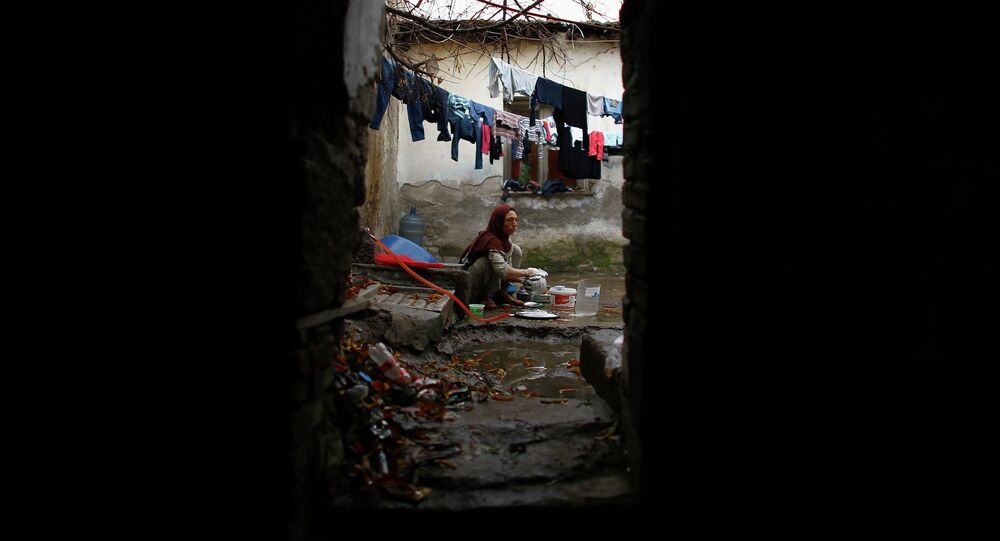 The International Federation of Red Cross and Red Crescent Societies said it is asking for more international support to expand its emergency appeal healthcare budget in Syria.

WASHINGTON, December 31 (Sputnik) – The International Federation of Red Cross and Red Crescent Societies (IFRC) is asking for more international support to significantly expand its emergency appeal healthcare budget in Syria by the end of 2015, the organization said.

"The International Federation of Red Cross and Red Crescent Societies [IFRC] is calling for additional funds, expanding the budget for healthcare within its emergency appeal from 5 million Swiss francs to 15 million [$5 million to $15 million]," the organization said in a statement on Tuesday.

© RIA Novosti . Andrei Stenin
Russia, Red Cross Discuss Humanitarian Problems in Gaza, Syria, Ukraine
The IFRC said the money will be spent on emergency relief items including food and hygiene kits, medicine, first aid gear and water. The overall appeal budget is now 122 million Swiss francs, [$123 million] aiming to reach 8 million people by the end of 2015, according to the organization.

"There is no option but to step up the response for as long as it will be needed. We urge the international community to enhance their support to match these unprecedented humanitarian needs," Secretary General of the IFRC Elhadj As Sy was quoted as saying in the statement.

According to the Red Cross, over the past four years of the Syrian crisis, about 12 million Syrians have been in need of humanitarian assistance. The IFRC also predicts that the need for humanitarian aid will continue to grow in 2015.

The Syrian government is currently fighting dozens of insurgent groups, including Islamic State. According to the United Nations, the conflict has claimed over 200,000 lives and has forced over 3 millions of people to flee to neighboring countries.