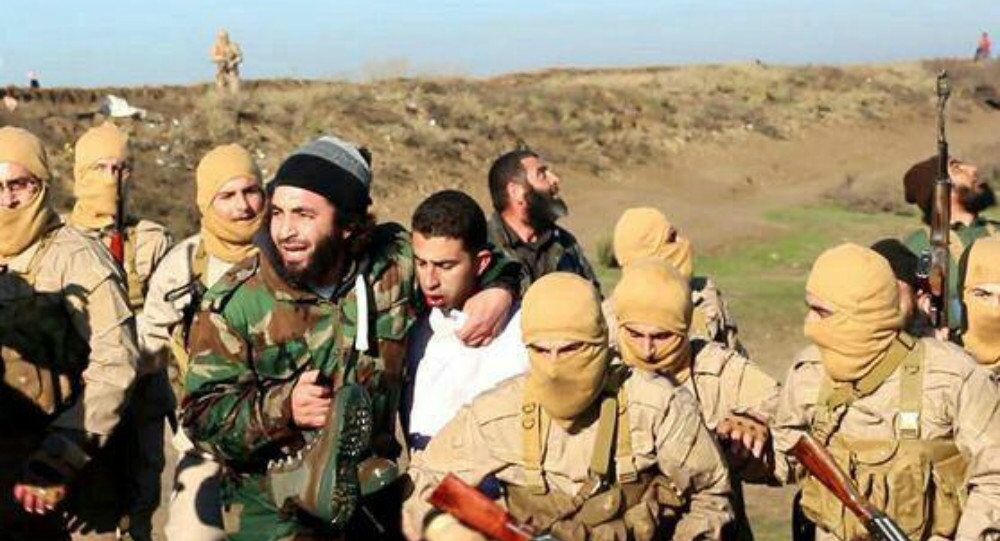 The pilot allegedly describes how his aircraft was shot down by IS forces.

The pilot allegedly describes how his aircraft was brought down by a heat-seeking missile as he was providing cover for planes conducting an airstrike against IS targets.

The interviewee also provides details on how the airstrikes against IS are being coordinated and the numbers of US military personnel stationed at his air force base in Jordan, ABC News adds.

According to AFP, the article, titled "The Capture of a Crusader Pilot", was published in Dabiq – an English-language online monthly magazine affiliated with Islamic State.

© East News / AP Photo/Raad Adayleh
Jordan in Secret Talks to Secure Release of Pilot Captured by IS: Reports
IS had previously stated that the plane was shot down, a claim that the representatives of the US-led coalition had vehemently denied, AP points out.

The F-16 combat aircraft piloted by First Lieutenant Maaz Kassasbeh went down near Raqqa, a Syrian city that IS has declared as the movement's capital. He became the first foreign pilot to be captured by the IS since a campaign of airstrikes was launched against the movement by an international coalition in September.