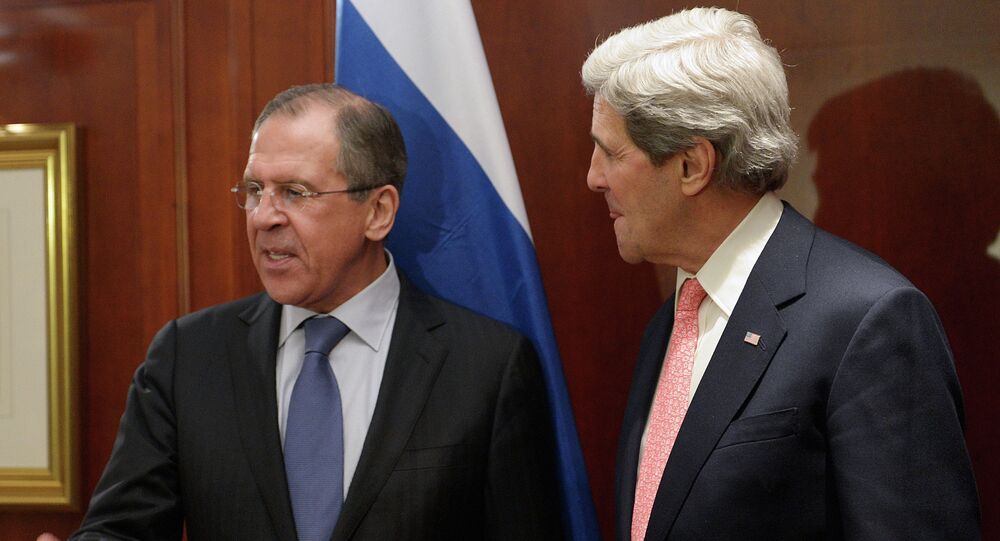 "The heads of the [Russian and US] foreign affairs departments continued to discuss the ways to resume the process of the Palestinian-Israeli settlement, including the situation in the United Nations Security Council," the statement read.

According to the ministry, the conversation took place at the initiative of the United States.

The latest round of Israeli-Palestinian peace talks was initiated by Kerry and ran from July 2013 until April 2014.

In July, the Israeli-Palestinian conflict intensified as Israel launched Operation Protective Edge against Hamas forces in Gaza. According to the United Nations, over 2,000 Palestinians and 71 Israelis were killed during the operation. On August 26, the sides agreed to an open-ended ceasefire.

On December 17, Palestinians submitted a draft resolution on the creation of the Palestinian state to the UN Security Council. The document sets a 12-month deadline for the withdrawal of Israeli forces from the Palestinian territories, occupied in the course of the Six-Day War in 1967.

Last week, Palestinian Authority negotiator Sahib Oreikat told RIA Novosti that the UN Security Council will vote on the possible creation of an independent Palestinian State until the end of 2014.