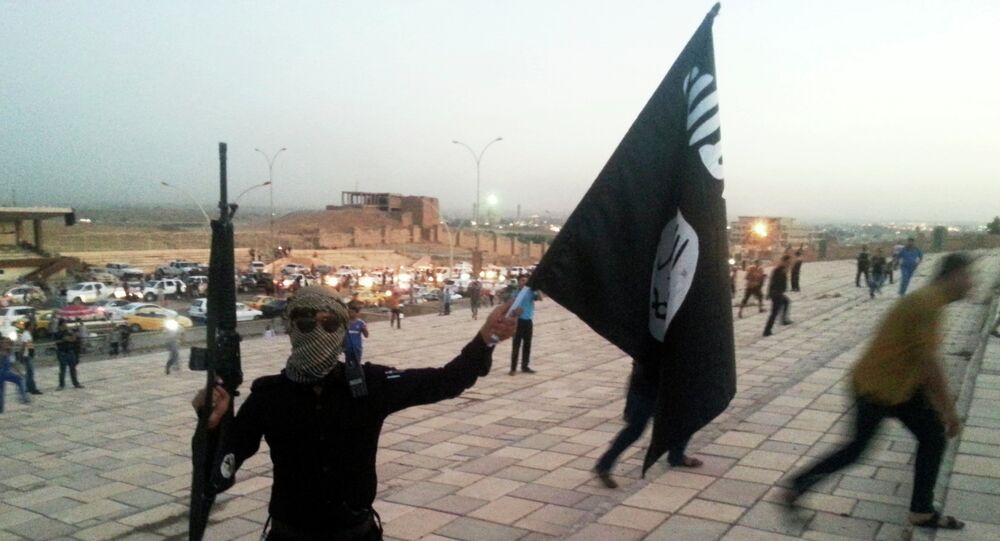 Islamic State group jihadists have murdered nearly 2,000 people in Syria since announcing their "caliphate" in June, a monitoring group said on Sunday.

MOSCOW, December 28 (Sputnik) — The Islamic State militant group has killed 1,878 people in Syria during the past six months, most of them civilians, a British-based Syrian monitoring organization said on Sunday as reported by Reuters.

© REUTERS / Stringer
Islamic State More Dangerous Than West Realizes: German Journalist
The Islamic State also executed 120 of its own members in the last two months, most of them foreign fighters who were trying to return home, according to the Syrian Observatory for Human Rights.

The Observatory, which relies on a network of activist and medical sources on the ground in Syria, is based in Britain. It said the victims were shot dead, beheaded or stoned to death in the provinces of Aleppo, Deir Ezzor, Hama, Homs, Hasakeh and Raqa, reports the Economic Times.

© CC BY 2.0 / Gabriel Villena / Changing the guard - Buckingham Palace
UK: Islamic State Militants Plot Killing Queen's Guards
The Islamic State says that these brutalities are for actions it sees as violating its interpretation of Islamic law, such as adultery, homosexuality, stealing and blasphemy, reports Reuters.

The IS, an offshoot of al Qaeda, usually records such killings on video and post footage on the Internet, which experts say is meant to propagate fear among civilians and rival groups, as well as to attract new recruits.

Despite the report, the Observatory believes the number killed by IS to be far higher, given that many have disappeared and remain unaccounted for.

Syrian Authorities Ready to Meet With Opposition in Moscow: Damascus