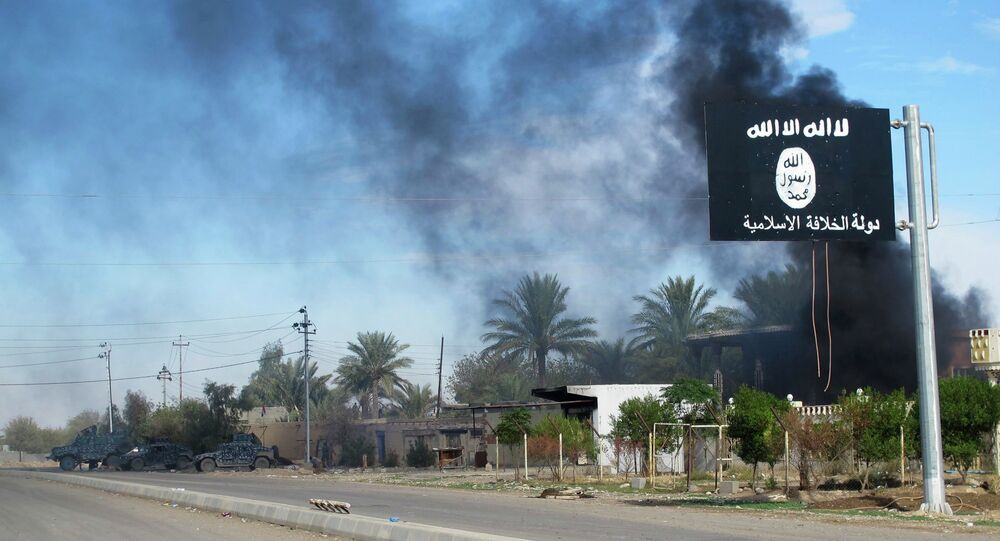 A 14-year-old member of the Islamic State, who volunteered as a suicide bomber to escape the radical Sunni group, has surrendered to Iraqi authorities.

MOSCOW, December 27 (Sputnik) – Usaid Barho, a 14 year old from Syria, surrendered to Iraqi authorities after he volunteered to blow himself up at a Shiite mosque in Baghdad, the New York Times reports.

© AP Photo / Bullit Marquez
Islamic State Extremists Train Five-Year-Olds for Combat in Syria: UN
"I opened up my jacket and said, 'I have a suicide vest, but I don’t want to blow myself up,'" he told the guards at the mosque in the neighborhood of Baiyaa, as quoted by the media outlet. He was detained and is currently held at a secret Iraqi intelligence site.

Barho told the New York Times he enjoyed playing soccer, watching movies with Jackie Chan and listening to popular singer Nancy Ajram before he was recruited by the Islamic State. Nobody forced him to join radical Sunnis, who in June declared a caliphate in the parts of Iraq and Syria under their control. The teenager told the publication that he went willingly because he "believed in Islam".

"They seduced us to join the caliphate," Barho said, adding that militants approached him at mosque in his hometown of Manbij, located near Aleppo, Syria. He then ran away from home to a military camp, where IS fighters taught him how to shoot a rifle and storm a building.

"They planted the idea in me that Shiites are infidels and we had to kill them," Usaid recalled, as quoted by the New York Times. Militants told him that Shiites "were raping Sunni women, and … killing Sunni men," the boy said.

© REUTERS / Stringer
Islamic State More Dangerous Than West Realizes: German Journalist
It was during the month-long training that Barho started to "[notice] things … that were different from Islam" and was terrified by "the way [IS militants] are killing innocent people." He decided to volunteer as a suicide bomber to run away from the Islamic State.

"I raised my hand to be a suicide bomber," he said, as quoted by the New York Times. "If I were a fighter and tried to surrender to security forces they might kill me, with my gun in my hand," the boy explained.

Barho wants to go back to his family in Syria. Whether he will be able to do that currently depends on the Iraqi authorities.