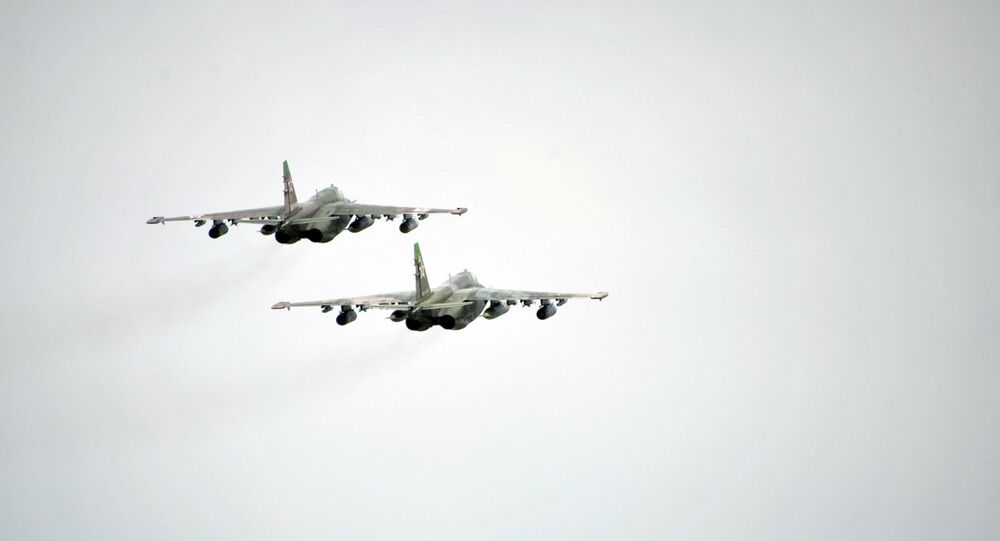 According to the source, these are the first Sukhoi flights to take place near Tikrit, the administrative center of the Saladin governorate to the north of Baghdad.

© AP Photo / Raqqa Media Center of the Islamic State group
Jordanian Pilot Captured by IS During Coalition Airstrikes: Armed Forces
Iraqi forces are currently carrying out an operation to route IS militants in the region, the TV channel reported.

Iraq received a batch of Russian-built Su-25 aircraft in June, after the United States delayed delivery of F-16 fighter jets, which the Iraqi Air Force had planned to use in the fight against the Islamic State.

Known for their brutal tactics, Islamic State jihadists have seized vast areas in Iraq and neighboring Syria, declaring an Islamic caliphate in the territories under their control. An international coalition led by the United States is currently carrying out airstrikes against the militants' targets in both countries.

Video of US Airstrikes Against Islamic State Militants in Syria