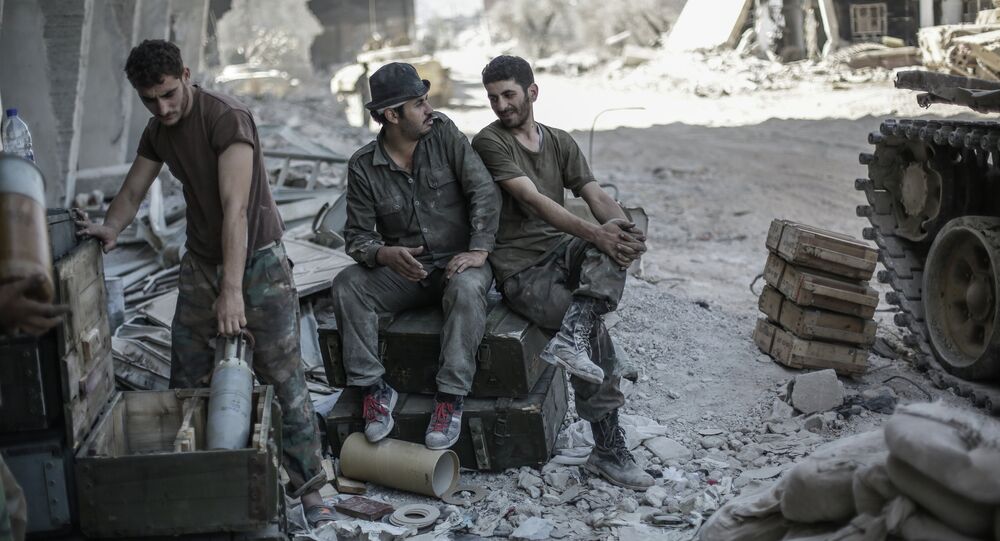 "Syrian security forces have neutralized five militants, equipped with explosive belts," according to the source.

The militants were detained whilst traveling to the center of Damascus by public bus, he added.

As part of a counter-terror operation a highway to Damascus has been blocked and security measures have been increased at the entrances to the Syrian capital.

© Sputnik / Sergei Mamontov
Syrian Government Will Meet With Country's Opposition Leaders in Moscow in January
Syrian security forces failed to prevent a similar incident last week. At least 18 people died during a terror attack carried out on a bus traveling to Damascus. All the passengers were from the Syrian city of Raqqa, currently under the control of the Islamic State (IS).

Syria has been engulfed in a bloody internal conflict since March 2011 with the Syrian Army fighting various insurgent groups, including Islamic State jihadists. According to UN estimates, the internal conflict has resulted in the deaths of more than 200,000 people.