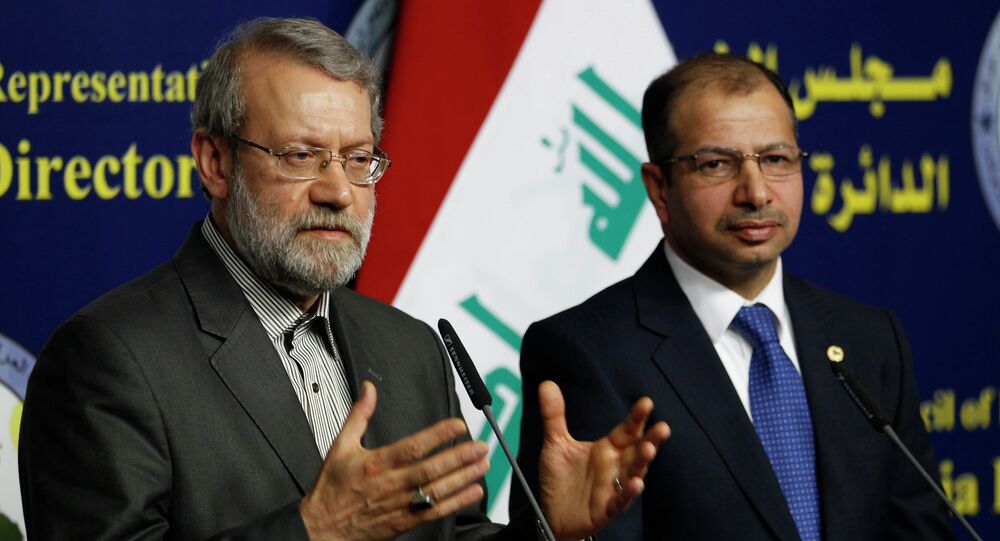 Speaker of Iran's Parliament Ali Larijani said on Wednesday, describing terrorists as "enemies of everyone."

"Iraq is involved with the problem of terrorism today, which has been to some extent resolved with Iran's help," Larijani said on his arrival to Baghdad, as quoted by the agency.

Larijani is currently on a two-day visit to Iraq. Before arriving in Baghdad, he visited Syria and Lebanon, meeting with Syrian President Bashar Assad and the head of the Lebanese Hezbollah Movement, Seyyed Hassan Nasrallah.

Bilateral relations between Iraq and Iran have significantly improved since the overthrow of former Iraqi leader Saddam Hussein in 2003, during the US-led war. According to media reports, Iran is supporting its fellow Shia neighbor in its struggle against the Islamic State (IS) Sunni extremist group by sending military advisers and arms to Iraq. Tehran also supports Kurdish forces in northern Iraq.

Iraqi Prime Minister to Visit Iran to Discuss Fight Against IS: Press Service